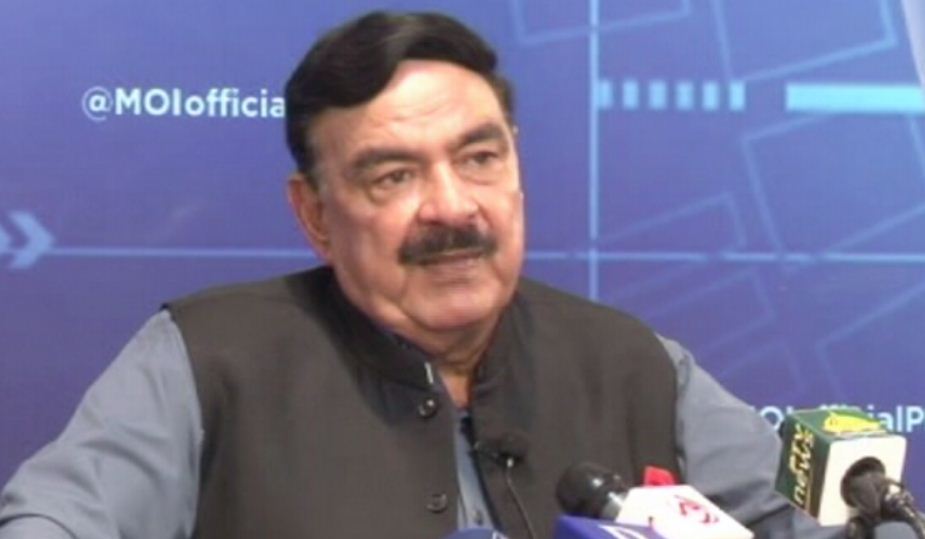 ISLAMABAD – Interior Minister Sheikh Rashid on Sunday said that the taxi drivers who drove the daughter of Afghan ambassador before her brief abduction in Islamabad on Friday have been interrogated and a first information report has been registered.

Addressing a press conference in Islamabad, the interior minister said: “I want to inform the international media that the police is investigating the report of the Afghan ambassador’s daughter issue … and we have registered a case on her request under [sections] 34 (common intent), 365 (kidnapping or abducting with intent secretly and wrongfully to confine person), 354 (assault or criminal force to woman with intent to outrage her modesty) and 506 (punishment for criminal intimidation) of the PPC (Pakistan Penal Code).”

He said the interviews of the trio of taxi drivers whose cars the ambassador’s daughter had sat in have been recorded. Rashid said the first driver had driven the envoy’s daughter to Khadda Market, a second had then driven her to Rawalpindi, and a third had driven her from Daman-i-Koh.

The interior minister said that footage of her trip from Rawalpindi to Daman-i-Koh was missing and the matter was under investigation. He said the “riddle” would be solved by the evening and all aspects of the case would be unearthed.

Ambassador Najibullah Alikhil’s daughter, Silsila Alikhil, was kidnapped on Friday from the federal capital’s commercial hub by unidentified persons, who also subjected her to torture.

She was returning home in the afternoon in a taxi after visiting a bakery in Islamabad’s Blue Area when the driver picked up another man, who verbally abused and assaulted her. She was later dropped in an unconscious condition by the taxi driver on a roadside.

Rashid said the Afghan embassy was also in touch and cooperating in the investigation, which he said would be completed “maybe tomorrow or the day after “.

He said the Islamabad police, investigation agencies and the Foreign Office were working on the case, adding that it was their “top priority” as per the prime minister’s directives to solve the case and arrest the culprits as soon as possible.

‘China only asked for similarity of stance’

Regarding the investigation in the Dasu bus tragedy, which on Wednesday took the lives of 13 people, including nine Chinese, Rashid said the Ministry of Interior was hosting the 15 Chinese officials, who visited Dasu yesterday (July 17) and were added to the joint investigation team.

“They (the Chinese) just said one thing that our stance and yours should be the same because Pakistan and China’s friendship is inexhaustible and taller than the Himalayas,” the interior minister said.

He also said that despite contrary reports, work at the Dasu hydropower project was continuing, will continue and no hindrances will be allowed in the way of China-Pakistan Economic Corridor projects.

“The Chinese government fully thinks that we are fulfilling our responsibility more than our capability and has thanked us for [work by] Pakistan’s agencies, investigation and hospitality of the interior ministry.”