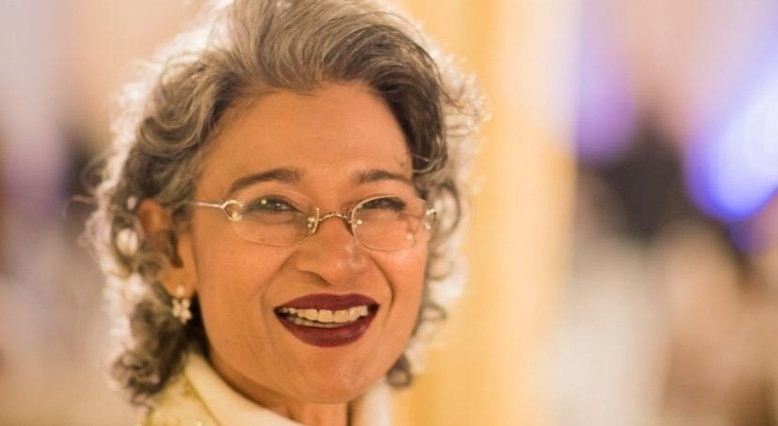 Actor Nayla Jaffri, one of PTV’s golden era actors, passed away on Saturday after a battle with ovarian cancer.

She was diagnosed with cancer in 2016 and had been fighting it ever since.

Her death was announced by her friend Furqan Siddiqui on Twitter.

Jaffri made headlines earlier this year after she appealed to production houses to pay her royalties for her shows as she was struggling to fund her chemotherapy. Her video message highlighted the difficulty she was facing affording healthcare. That video was also uploaded by Siddiqui.

The Sindh government had announced that it would bear her medical expenses after multiple celebrities raised their voices for her cause.

Jaffri had worked in numerous TV plays and stage productions, earning many a fan by virtue of her acting skills.

Some of her famous works include Aa Mujh Ko Sulana, Desi Girls and Thodi Si Khushiyan.

As news of her demise spread on social media, several celebrities took to Instagram to mourn the loss.