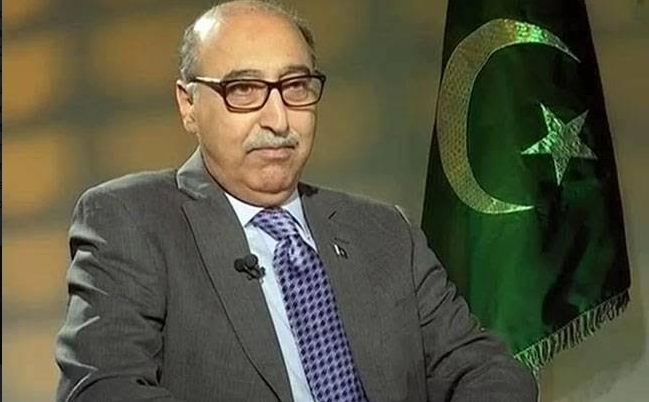 ISLAMABAD, JUL 13 – Pakistan’s former High Commissioner to India Ambassador Abdul Basit called for the appointment of a special envoy on Kashmir to project the true spirit of the Kashmir cause internationally.

Ambassador Abdul Basit, who is also the author of Hostility: A Diplomat’s Diary on Pakistan-India Relations, was speaking at an event organized by the Institute of Regional Studies (IRS). Ambassador Abdul Basit expressed his concern over the state of affairs in which India was portraying its willingness to negotiate with Pakistan as a concession to the latter.

He was firmly of the opinion that India was not interested in the resolution of the Kashmir dispute with Pakistan either under the UNSC resolutions or under any other formula that would change the status quo over Kashmir.

He had little hope about the restoration of the special status of IIOJK under the Indian Constitution as well. Ambassador Abdul Basit stated that Pakistan’s approach towards dialogue with India has historically been aimed at resolving contentious issues like Kashmir while the Indian approach has traditionally been to take up less contentious issues first.

He argued that the composite dialogue between 2004 and 2008 was an amalgamation of the two approaches in which both subjects were negotiated upon in tandem and a bit of progress was also made on some issues related to Kashmir, such as freedom of movement and trade across the LOC.

He added, however, that since then the relationship between the two countries has been one step forward and two steps backwards in which setbacks have tended to outpace progress.

He shared that 2016 was the worst year in the recent diplomatic history of India and Pakistan owing to incidents such as the capture of the Indian spy Kulbhushan Yadav in Balochistan, the militant attack in Pathankot in India, the extrajudicial killing of Kashmiri freedom fighter Burhan Wani, and the militant attack in Uri and its aftermath.

He further shared that in the same year, Indian Prime Minister Narendra Modi threatened to disrupt the flow of water in his speech on 15 August stating that water and blood could not flow together further worsening the trail of diplomatically unfavourable events.

Ambassador Abdul Basit maintained that India had successfully propagated a narrative about Pakistan’s democracy being weak and the armed freedom struggle of Kashmiris as terrorism.

He was of the view that Kashmiris had all the right to defend themselves against the Indian occupation with whatever means they chose because India is an occupier in Kashmir and international defended the right of the occupied populations to resist occupation.

He urged a long-term policy and patient diplomacy with India. He further called for strengthening the capacity of state institutions in Pakistan as integral foreign policy tools when dealing with India over Kashmir in the current times.