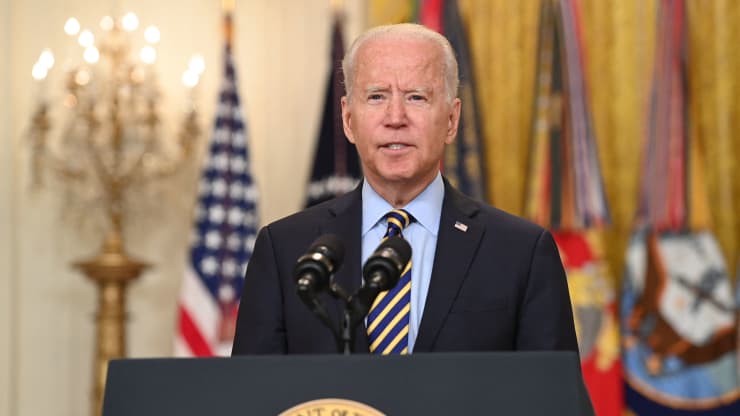 WASHINGTON: US President, Joe Biden has set 31st of next month as the target date for ending American military mission in Afghanistan.

Giving policy statement about Afghanistan in the White House, he said about 650 troops would remain in Kabul to provide security for the US embassy.

Biden said the United States plans to move thousands of Afghan interpreters out of the country in anticipation of the end of the US military mission in the country.

He called on countries in the region to help bring about an elusive political settlement between the warring parties in Afghanistan.

The US President said the Afghan government should seek a deal with the Taliban to allow them to coexist peacefully.

He said the Afghan people must decide their own future, rather than sacrificing another generation of Americans in an unwinnable war.

Biden said the Afghan military has the ability to repel the Taliban, whose major advances in recent weeks have raised fears the country will slide into civil war.