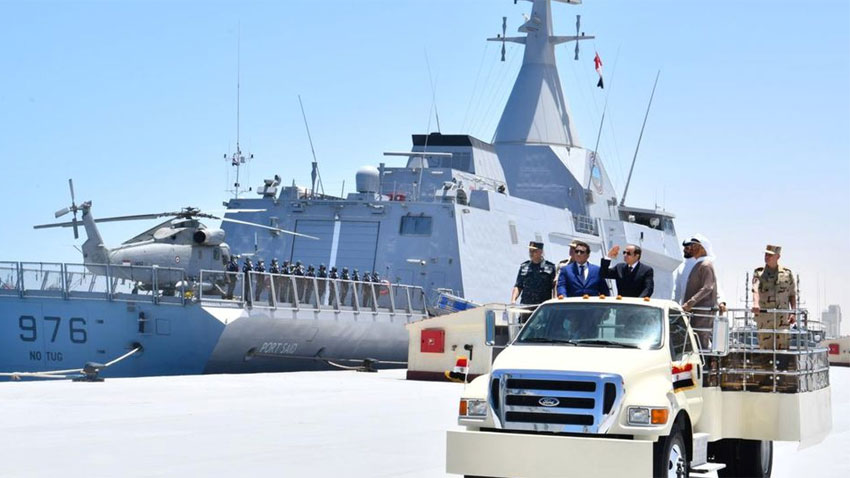 The ceremony was also attended by Crown Prince of Abu Dhabi, Sheikh Mohammed bin Zayed Al-Nahyan, and by the chairman of Libya’s Presidential Council Mohamed al-Menfi.

On the occasion naval forces performed exercise that including the firing of missiles, parachute jumps and an amphibious landing.