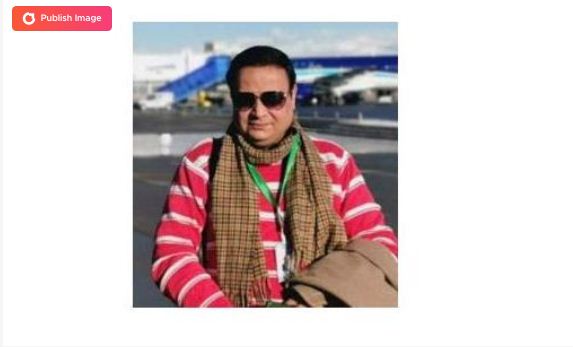 China will celebrate the 100th anniversary of the founding of the Communist Party of China (CPC) on July 1. It has been great journey from poverty to prosperity, degradation to development, slums to shining China, disunity to unity, political instability to immense stability and last but not least, foreign possession to complete  independence.

It has been an economic miracle which actually changed the lives of millions of people. It has been inspirational global story of the century and event of the world.

Since its beginning, the CPC has been facing numerous difficulties but utmost die hard spirits of its workers, supports and sympathizers acted as agent of real change due to which Chinese agrarian economy has now been turned into technological powerhouse.

The five-year planning has been the major driving policy/factor of the CPC that boosted the Chinese economy to the No. 2 in the world. It has been following a holistic, macroscopic, forward looking, anticipatory and binding approach to achieve the desired goals of socio-economic prosperity.

There have been 14 five-year plans (FYP) which institutionalized structural reforms in economic and social spheres. It envisioned labour incentivized mechanism, economic stabilization, industrialization, digitalization, innovations, de-carbonization and last but not least, artificial intelligence doctrines in China which has now revolutionized its macro-economy, civility, and governance.

China has its own unique model of economic development which is totally different from the West’s laissez-faire capitalism or its so-called marketization. China maintains more compelling institutional prowess than the West which has comparative advantage in terms of implementation, utility and allocations. Economic development has been revolving around the CPC central people & business friendly policies which integrate short-term plans into medium and long-term ones.

Initially China tried to replicate the Soviet Union’s five-year planning system but soon CPC realized the limitations of the Soviet model and then decided to independently follow a socialist road map suited to China’s national conditions, which, enforced with laser focus and effective execution, led to one milestone after another during the last one century.

The 13th CPC National Congress of 1987 institutionalized a three step development strategy that envisaged doubling the gross national product (GNP) between 1981 and 1990, doubling its GNP again by the end of the 20th century and per capita GNP reaching moderately developed country levels by the middle of this century.

Year 2021 its global attention is set to pave the way for the second centenary goal to be attained building a modern socialist power by 2049 when the PRC turns 100.

Immaculate Conception of the CPC, China’s economy has been steady, stable and sustainable. Its macro-economy outperformed all the regional as well as international economies even in the decade of the catastrophe and successfully pursued extensive and high-speed growth over a certain period of time.

Right from the beginning the CPC has been showing strategic flexibility and timely maneuverability to seek truth from facts a phrase that epitomizes its overall functionality. The CPC Central Committee urged maximum efforts to correct all deviations during 1960-61 decided on the implementation of an economic adjustment. It successfully achieved all its targets at the end of 1965 and started its third FYP the Cultural Revolution began, putting China in “10 years of catastrophe” until 1976.

Interestingly, the CPC has a strong mechanism of self-correction and accountability which developed within the democratic system of the party. It further enhanced its national economy’s resilience that has mitigated  various challenges and crises, such as the 1997-98 Asian financial crisis, the 2008 global financial crisis and the COVID-19 pandemic, into hiccups which only result in increased economic modernization.

During all these years the CPC was able to seek truth from facts and be flexible, as well as to be free from prejudice and ideological bias, encouraging local exploration and innovation. Eventually, it rationalized strategic equation between high GDP and the environment and economic imbalance. Afterwards most of the counties cancelled the GDP assessment and implemented the evaluation method of giving priority to agriculture and ecological protection.

The milestone Third Plenum of the 11th CPC Central Committee in December 1978 has been widely known as a starting point for the economy’s 40 years of reform and opening-up, ushering in a transition from a class struggle-themed party platform to a focus on economic building.

One of the most valuable contributions of the CPC is to change state policy towards the state-owned enterprises (SOE) which finally introduced series of liberalization policies which ultimately boosted its macro-economy. Critical analysis of the statistical data reveals that by 1987, 80 percent of the country’s state-owned enterprises (SOEs) adopted various forms of the contracted managerial responsibility system. Some enterprises even began to undertake shareholding system reforms.

Despite tremendous success over the past several decades, difficulties and hurdles never ceased to test China’s commitment to the reform and opening-up policies today.

Moreover, by 1964, the self-sufficiency rate of China’s main machinery and equipment had reached over 90 percent. With construction of the Daqing oilfield completed and Shengli and Dagang oilfields under development, China achieved total self-sufficiency in oil by 1965 in which holistic policies of the CPC played a deceive role.

Since then, self-sufficiency has been replicated in many areas, including technological innovation, has never stopped and has helped lift China to a world-leading global technological power in many areas from 5G to high speed rails, from new-energy vehicles to space exploration technologies and from outer space to Mars mission.

The CPC’s focus on self-sufficiency and innovation-driven strategy was particularly notable in the country’s efforts to mitigate an increasingly hostile external environment marked by a relentless attempt by the US to contain China’s rise.

Even before the US’ crackdown campaign, the focus on self-dependence and technological innovation was highlighted as the CPC convened its 19th National Congress in October 2017, where a new era of China’s socialism was declared. The Party’s 18th National Congress also introduced an innovation-driven development strategy.

Afterwards, in a series of meetings and top policy documents, the CPC has constantly stepped up efforts to pursue efficiency in a wide range of areas, from semiconductors to crop seeds.

It hopes that with the CPC’s firm leader-ship and its proven successful economic policymaking, China is better positioned than ever to reach its bold development goal of becoming a modern socialist power in the coming decades, analysts said.

On political fronts, the CPC has maintained regular contacts with more than 560 political parties and political organizations from over 160 countries and regions around the world. Moreover, it has very trustworthy relations with all the political parties of Pakistan too.

It developed from an organization of just over 50 members to the world’s biggest political party with more than 91 million members during the past 100 years.

In this context, only six years, from 1978-1984, agriculture reforms have up-lifted around 500 million people from poverty. A country hard hit with food shortages became almost self-sufficient and even started to export some of its agriculture produce. It was a mega achievement of CPC.

CPC leadership introduced reforms in other sectors gradually like industry, trade, business, education and social sector. CPC kept on learning new skills and ideologies to suit the emerging trends throughout the100 years.

Being prominent regional expert of China, BRI and CPEC I estimate that if economic trends continue an expanding high-tech military, including the world’s largest navy; sophisticated modern cities with a vast, entrepreneurial middle class; and modern universities and genuine research centers transforming for leadership in the key technologies of the century ahead which has consolidated China’s future in the next century.

Its ongoing global vaccine diplomacy and launching of projects of the century One Belt One Road Initiative (BRI), flagship China Pakistan Economic Corridor (CPEC) and last but not least, extended BRI Health Partnership would further consolidate China’s regional as well as global economic dominance in the days to come.

To conclude, CPC stands for China’s collective wisdom, input of visionary leadership, honesty of policy makers, people’s pure inspirations, dreams and aims to live a qualitative live in the future.