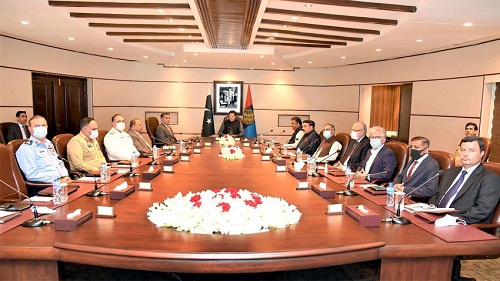 A comprehensive briefing followed by the discussion on enhanced intelligence cooperation was given to him.

The Prime Minister appreciated the ongoing efforts and expressed satisfaction over the performance of National Intelligence Coordination Committee.

The meeting was attended by Interior Minister Sheikh Rasheed Ahmed, Minister for Information and Broadcasting Fawad Chaudhary and the Heads of Services’ Intelligence Agencies, Intelligence Bureau and Federal Investigation Agency.