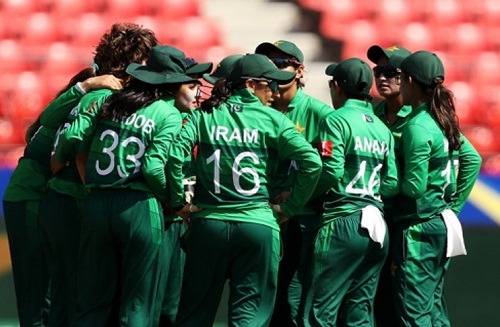 Karachi: The national women’s selection committee has announced a 26-player squad from which the national and ‘A’ teams will be selected for white-ball matches on the tour of the West Indies.

Javeria Khan, who has an experience of 208 international matches and is the leading run-getter for Pakistan in ODIs, will lead the national side. Rameen Shamim, who has played two ODIs and four T20Is, will captain Pakistan Women’s ‘A’ in the three one-dayers and wicketkeeper Sidra Nawaz, with the experience of 98 internationals, will lead the ‘A’ side in the three T20s.

Pakistan squad for the tour:

The Pakistan national women’s team will play West Indies in three T20Is and five ODIs and the ‘A’ side will take on their counterparts in three one-day matches and three T20s. All 26 players will be available for selection for 14 matches.

The 26-player contingent, the coaching staff and the team officials, arrived in Lahore in morning today. They will depart for Antigua via London in the wee hours of Wednesday, 23 June.

The touring contingent will undergo pre-departure Covid-19 tests by Monday afternoon and those testing negative will board the plane. Upon their arrival in Antigua, the players and officials will be tested twice in five days, during which they will be under room isolation.