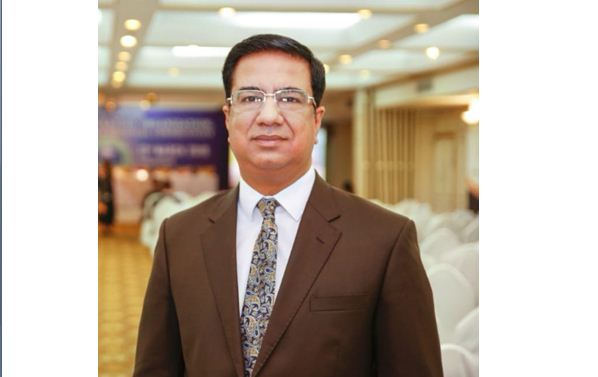 The advanced mechanism in international relations has been going through a profound transformation and evolutionary development. New regionalism or regionalization has emerged as a significant trend in international affairs. Now, countries have deepened cooperation among other states and region.

Along with the explicit benefits these processes bring, fundamental pillars of the new regionalism are institutions and organizations that provide integrated platforms. It builds qualitatively modern forms of interactions.The interdependence of markets exerts reciprocal influence on the dynamics of economic processes in various regions and strengthens trade relationships. In this aspect, the Association of Southeast Asian Nations (ASEAN) is aninclusive model for extensive collaboration.

It is a front runner and substantially increasesthe socio-economic development of Asia Pacific regional countries while enhancing multilateral cooperation. Apart from the regional economic, social and cultural development, ASEAN has an ambitious agenda to promote regional peace and stability by adhering to justice and the rule of law in the inter-state relationships. In its more than 40 years of history, ASEAN has steadily progressed in internal economic integration.

In 2003, the ASEAN leaders established an ASEAN integrated community comprising three pillars: security community, economic community, and socio-cultural community. In this aspect, it can be seen that the ASEAN countries are inclined towards resolving their internal disputes, combating Non-Traditional Security (NTS) threats vis-à-vis cooperation under the ASEAN framework, and contributing to the stability of the Asia Pacific region.Therefore, the paper explains the intra-ASEAN cooperative patterns and highlights the profound developments in recent times. The study also provides aprofound analysis of thesocio-economic and political structure of ASEAN.

ASEAN is amid three major pillars, i.e., political security community, economic community, and socio-cultural community. The ASEAN Economic Community(AEC)focusedon wider economic integration.In 2015, its establishment paved the way for implementing its blueprint in recent times.The primary AEC goals incorporatemultiple sectoral dimensions.  There are various transformative mechanisms of ASEAN’s economic integration that are interconnected.AEC is an ‘’FTA-Plus’’ economic integration, and it targets the level of market integration, similar to those of the Economic Partnership Agreement. Thus, it is highly praised for its integration and steady development process.  The broader vision of AEC2025 aims to participate in the global value chainand attract Foreign Direct Investment (FDI). Furthermore, it can be evaluated as a successful model of broader association among different countries.

ASEAN envisions AEC2025 as a great achievement towards hybrid alignment in the economic framework. Moreover, it has been perceived that itsenhanced collaboration withsectoral cooperation, resilient structure, and people-centered communityassociated with the global economy would result in a boon for all parties involved. It has five majortenants and multiple key features that are beingcomprehensively described in the table below:

The origins of regional integration theory can be traced back to Viner’s study in 1950. His workformulated a structure for analyzing the effect of creating trade &customs union or regional/international organizations for regulating the governments. The pillars of the regional integration theory amid broader economic aspects. It seeks to explain the establishment of regional or international organizations. In this aspect, the theory also answers the major question ofhow regional organizations expand their targets, competencies, and members? and what impact they have on states and societies in their regions?ASEAN is a supranational body that has transnational corporations and interest groups encouraged by the integration process. Therefore, the ASEAN framework can be seen through the prism of the regional integration theory of international relations. The wider association enables a variety of ripple impactsand path-dependencies that takeconnectivity beyond the regional confines. ASEAN covers the establishment and progress of supranational policies. The member states promote beneficiaries of socio-economic progress. In this aspect, the wider integration has remained successful because of several reasons:

Indonesia is the major economic power in the ASEAN region. Moreover, it has played a pivotal role as a mediator between other ASEAN-states in resolving their disputes.  Within ASEAN, Indonesia enjoys aleading position.  Pakistan has the status of Sectoral Dialogue Partner (SDP) in ASEAN.  Indonesia has been helping Pakistan to attain the status of a full dialogue partner in the organization. The relationship between Indonesia and Pakistan has marked significant progress in recent times.  The valuable asset of the relation is that the ASEAN countries are convinced of Pakistan’s sincere intentions to engage fruitfully with the region. In this aspect, ASEAN-Pakistan Joint Sectoral Committee works effectively to seek deeper association with the Asia Pacific and ASEAN countries. Presently, China’s engagement with ASEAN has increased manifold. Both are linked via multilateral frameworks, institutional involvements, constructive engagements, and aid programs. Moreover, the ASEAN countries are directly part of the Belt & Road Initiative (BRI) and Asia Pacific Economic Cooperation (APEC) projects. Therefore, the full inclusion of China as a member state in ASEAN would be beneficial for the region and all parties involved.