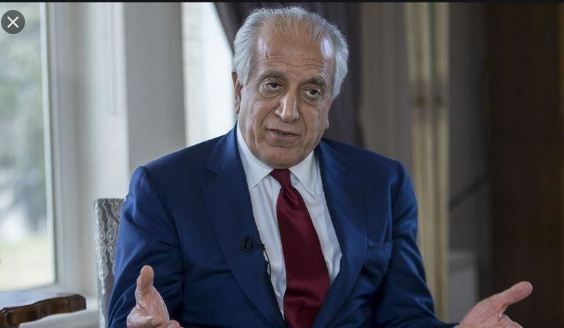 KABUL, June 06 (DNA): A U.S delegation led by Zalmay Khalilzad, special envoy for the Afghanistan peace process have departed to travel to Kabul, Doha and the regional countries for boosting the peace process which have been rocket for several last months.

The delegation led by Khalilzad includes U.S National Security Council, US Department of Defense and USAID, said the media note of the Department of State.

The delegation will meet the Afghan government leaders, politicians, and civil society groups to hear their opinions about the peace process.

This comes as the Afghanistan Peace Process was paused for the last couple of weeks with no progress, however violence and war have dramatically increased throughout Afghanistan, in many cases, several districts fell in the hands of the Taliban and some military groups surrendered to the Taliban.

This comes as that Pakistan, a prominent neighbor to Afghanistan which apparently has a critical role in the Afghanistan peace process, has recently warned of possibilities of a chaos and civil war post U.S forces withdrawal, the Afghan local media reported Sunday. NNI