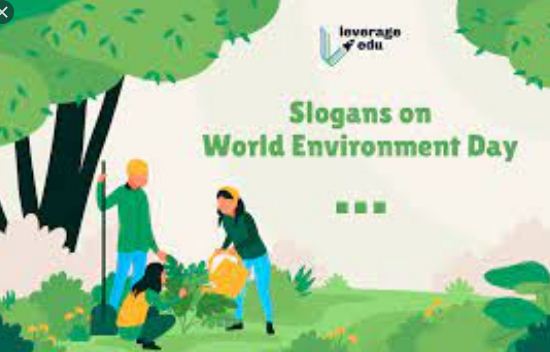 World Environment Day is celebrated each year on 5th June under the auspices of United Nations to spread worldwide awareness and encourage the nation-states to take action for the protection of their environment. Since 1974, this day is being held annually and has become one of the most important venue for stimulating the progress on the environmental dimensions as per the UN stated Sustainable Development Goals.

With the UN Environment Programme (UNEP) at the helm, around 150 countries across the world would participate in this event along with other major corporations, non-governmental organizations, and civil societies in order to adopt the World Environment Day brand to surmount the environmental challenges. The theme for this year’s World Environment Day is ‘Ecosystem Restoration’ — a call for action to synergize global efforts to recover the ecosystemsthat have been degraded.

Before going into the degradation factors of our ecosystem and how they pose challenge to the human environment, there is a need to shed a light on what actually the ecosystem is. It is a community of living and non-living organisms along with their natural habitat and the non-living components of their environment. It includes two major components; biotic and abiotic. The abiotic components are the non-living element of the system such as Air, Water, Sunlight, Nutrients and Temperature. Whereas the biotic components are all the living organisms existing in the system like plants, animals, fungi, micro-organisms and humans.

The degradation of ecosystems is an environmental problem that reduces the capacity of species to survive. The rate of environment and ecological degradation was highest in the past 50 years than any time in history. It occurs when Earth’s natural resources like water, air and soil are depleted due to natural factors (storms, floods, and wildfires), biodiversity loss, agricultural practices, faulty land use, and pollution due to anthropogenic activities and release of pollutants by human activities. Thus, greatly impacts our wildlife, plants, animals and microorganisms. Moreover, ineffective international policies leave the future of the environment in a critical state with carbon dioxide level rising out of control. It is predicted that the Earth’s temperature will increase by 11 °F by the end of the century.

Our ecosystems are really important, if we keep polluting them, we would soon go extinct and Earth would not be habitable ecosystem ever. Human pressures have already transformed the majority of the world’s ecosystems by destroying and degrading marine and other aquatic habitats, undermining the services they used to provide us. Therefore, ecological restoration is mandatory for biological community and economic benefits of the people. It is a process that assists in the recovery and management of ecological integrity (variability in ecological processes and structures, sustainable cultural practices and biodiversity). Approaches used for the restoration of ecology include Reclamation (deals with the minimization of the degradation process), Rehabilitation (aims at bringing the damaged ecosystem to a functional one), Re-vegetation (establishment of grass cover, seeding the shrubs and herbs on degraded sites), and Ecological Engineering (rebuilding of ecosystem based on designed eco-friendly techniques).

According to a latest report by the Intergovernmental Science-Policy Platform on Biodiversity and Ecosystem Services (IPBES) stated that around one million plant and animal species are facing extinction. The result of this extinction may increase the losses in biodiversity thus, encouraging the spread of infectious diseases and viruses. According to a 2019 report by Organization for Economic Cooperation and Development (OECD), “natural forests are declined by 6.5 million hectares per year between 2010 and 2015 (in total, an area larger than the UK) and natural wetlands declined by 35% between 1970 and 2015.”

The report further noted that “over 30% of corals are now at risk from bleaching, and 60% of vertebrate populations have disappeared since 1970.” These significant changes are driven by land-use change, over-exploitation of natural resources including plants and animals, pollution, invasive alien species (threaten biodiversity by crossbreeding with local species and bringing diseases) and climate change.According to an estimationby OECD, the biodiversity services are worth an estimated US $125-140 trillion per year, more than one and a half times the size of global GDP. However, due to the continuous declineofecosystem, it reducing nature’s capacity to contribute to people’s well-being.

On this year’s environment day, Pakistan has announced to host World Environment Day 2021 in partnership with the UN Environment Programme (UNEP). This year’s observance of World Environment Day will mark the formal launch of the UN Decade on Ecosystem Restoration 2021 – 2030.Led by PM Khan, the Government of Pakistan plans to expand and restore the country’s forests through a 10 Billion Tree Tsunami spread over 5 years. The campaign includes restoring mangroves and forests, as well as planting trees in urban settings, including schools, colleges, public parks and green belts. Pakistan has launched an Ecosystem Restoration Fund to support nature-based solutions to climate change and facilitate the transition towards environmentally resilient, ecologically targeted initiatives covering afforestation and biodiversity conservation.Recently, the Prime Minister of Pakistan launched the Protected Area Initiative to develop 15 model protected areas across the country to conserve over 7300 sq. km of land area and create over 5,500 green jobs. As host of World Environment Day, Pakistan will highlight environmental issues and showcase the country’s own initiatives and its role in global efforts.

The hope resides in the possibility that we can reverse the changing trends of ecosystems by reconstructing our relationship with the nature and transforming the environmental infrastructure. Apprehending the importance of issue in hand, Pakistan Navy is going an extra mile by stepping up its efforts for preventing degradation of ecosystems and preserving nature for country’s future. Pakistan Navy celebrates World Environment day every year by arranging a number of activities on this Day to limelight the significance of environment in Pakistan. These activities includevarious lectures and seminars on the importanceof the day to promote public awareness, cleaning campaigns in Harbours and Coasts, environment awareness walks, social media campaigns and displaying of environment protection banners at various public places. In line with the Prime Minister’s initiative of ‘Green Pakistan’, the Pakistan Navy has also launched various initiatives including trees and mangroves plantation campaign for protection, preservation and conservation of environment.