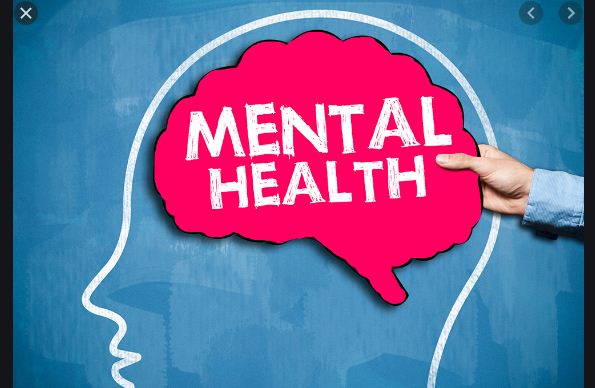 Mental disorder is a universal problem. There are more than 300 million people, that comprises of 4.4% population of the world are experiencing mental health conditions.Because mental sickness poses such an extraordinary threat to human health, it needs to be responded.

A mental health catastropheis approaching towards millions of people across the globe as people are under immense pressure due to unemployment, disease and isolation brought to us by Corona Virus Pandemic. As a result, frequent cases of abuse, gender base violence, and exploitation of substance have been observed at global scale.

Delays in treatment of person, who are suffering from mental sickness would have catastrophic impacts on societies. Mental health professionals should become a permanent part of health systems and their services need to be used more widely and more efficiently, because the longer treatment is delayed, the impacts would be difficult to endure. The paradigm from state to individuals focus attention more on individual, In order to reverse the trend of mental disordera global response is the need of the hour to counter this menace.There is an inclusive gap between the requirement for the treatment for mental illness and its delivery across the globe. The death rate is high among people who are suffering from any kind of mental illness. The economic and community-based impacts related to mental sickness is varied and across-the-board. People having any kind of mental sickness are deprived of career and revenue generation opportunities that creates hindrance in their way of economic stability and limiting their social status within a community.

Anxiety does not discriminate gender, men and women are equally affected by it but it has been taken into account that men are half likely to get diagnosed with anxiety disorder as compared to that of women. The reason for this may be the cultural norms or stereotyping particularly associated with men to suppress fear, emotions and other vulnerabilities. But the question of major concern raises that if these reasons are causing the distortion in our understanding and signifying the study or evaluating the anxiety problem among men. The Answer to this question is we are underestimating the fact that how common Anxiety disorder or mental condition among men is.

Men are always told not to act soft or emotional as this approach will make them weak and these characteristics are often associated with the women as fragile and emotional. There is a great deal of some clinical wisdom and evidence provided by the people who work in mental health and study men’s life that men do struggle with fear or emotional breakdown or depression because of several personal, cultural and societal reasons as well which often go without being regarded or tagged as Anxiety.

When critically evaluating or analyzing the problem of anxiety among men, the very first concern that arises is either the anxiety among men is different from that of women or if yes then how it differs among the genders. The answer to it is although anxiety attacks both genders but its expressions and symptoms do vary as we move from one gender to the other. Men do not experience anxiety in the same way as women do. Unlike women, men have been told times after times that how their muscularity or manly status can be influenced by talking about their emotions or how they are feeling and doing this would make them weak, low or unmanly. This reason may halt or affect the men to admit their problem and access to its possible treatments and solution.

Anxiety among men more often tends to come out in the form of anger and aggression. Men in our culture are more likely to get attached and encouraged to seek some different means of showing off their anxiety i.e.to use cigarette, alcohol or act in aggressive manner which are more acceptable ways to suppress their emotions or anxiety as compared to that of women’s ways of showing their anxiety-oriented behavior. A fact that we have known for several decades is that men commit suicide or take their lives four times the rate at which women do because of their low proportion of admitting the problem, exposure to the treatment and acceptance in society as a weak element.     Thus, there is a need to divert attention towards the Men’s mental health which is equally important to be studied and evaluated as women.

What one should do is to make the people around him/her feel that they don’t have to feel alone and ashamed and make them go to the medical help before they lose their battle with the anxiety. It is a high time to take the men’s mental health seriously as men’s minds also matter. There is a need to address the fact that anxiety is nothing to be ashamed of, it’s not someone’s weakness rather it is a medical condition that could affect any gender and needs to be treated like any other disease. With the right kind of treatment most people recover from anxiety but the key to it is the sooner you admit it and seek the doctor’s or medical help the better it is.

About the Author:Tanawish Manzoor is a student of IR at the National Defense University, Islamabad.

MAXIMUM TURNOUT OF IRANIANS LIVING IN PAKISTAN IN THE ELECTIONS