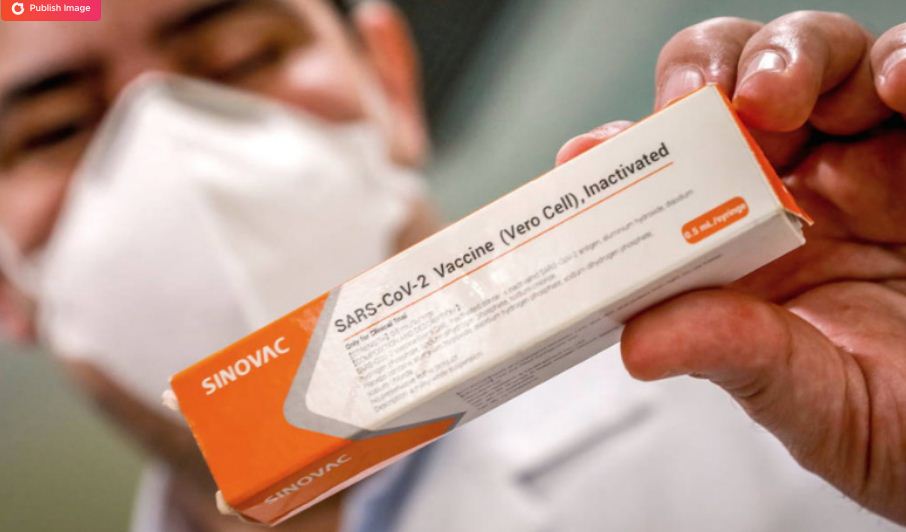 The World Health Organisation on Tuesday approved the Sinovac Covid-19 vaccine for emergency use — the second Chinese jab to receive the WHO’s green light.

The UN health agency signed off on the two-dose vaccine, which is already being deployed in several countries around the world, including Pakistan.

“WHO today validated the Sinovac-CoronaVac Covid-19 vaccine for emergency use,” it said in a statement.

The move gives countries, funders, procuring agencies and communities “assurance that it meets international standards for safety, efficacy and manufacturing”.

Last month, Sinopharm became the first Chinese vaccine to be approved by the WHO.

The organisation has also given emergency use listing to vaccines being made by Pfizer/BioNTech, Moderna, Johnson & Johnson, and the AstraZeneca jab being produced in India, South Korea and the EU, which it counts separately.

WHO’s listing paves the way for countries worldwide to quickly approve and import a vaccine for distribution, especially those states without an international-standard regulator of their own.

It also opens the door for the jabs to enter the Covax global vaccine-sharing scheme, which aims to provide equitable access to doses around the world, particularly in poorer countries.

Currently only AstraZeneca and some Pfizer jabs are flowing through the scheme.

“We urge manufacturers to participate in the Covax facility, share their know-how and data and contribute to bringing the pandemic under control.”

The Sinovac jab is already in use in 22 territories around the world, according to an AFP count.

The WHO’s Strategic Advisory Group of Experts on Immunisation have reviewed the jab and published their advice on its usage.

“WHO recommends the vaccine for use in adults 18 years and older, in a two-dose schedule with a spacing of two to four weeks,” the agency said.

“Vaccine efficacy results showed that the vaccine prevented symptomatic disease in 51 per cent of those vaccinated and prevented severe Covid-19 and hospitalisation in 100pc of the studied population.”

Sinovac is one of three Chinese vaccines approved by Pakistan and is currently being administered across the country. On May 23, a special Pakistan International Airlines (PIA) flight brought two million Sinovac doses purchased by Pakistan from China to the country.

A week before that, a special flight PK-6852 had transported a consignment of one million doses of Sinovac vaccine from Beijing.