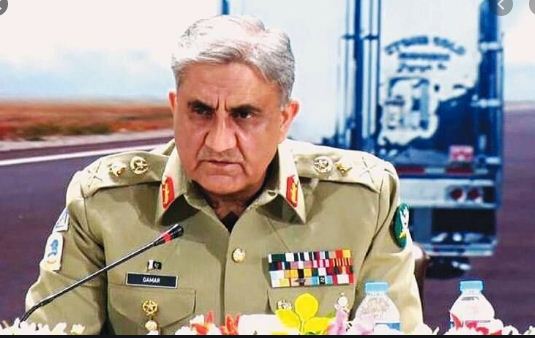 COAS was given a detailed briefing on security situation, operational preparedness, border management including fencing along Pak-Afghan and Pak-Iran borders.

COAS was also briefed on the socio-economic initiatives undertaken by Army in support of Govt of Balochistan and efforts underway for capacity enhancement of LEAs to ensure peace and stability.

COAS said that Pakistan army will make all possible efforts towards achievement of an enduring peace for sustainable socio-economic development of the province.

COAS said that terrorists won’t be allowed to destabilise peace efforts. COAS emphasised that all out efforts be made to assist provincial government in ensuring law and order .