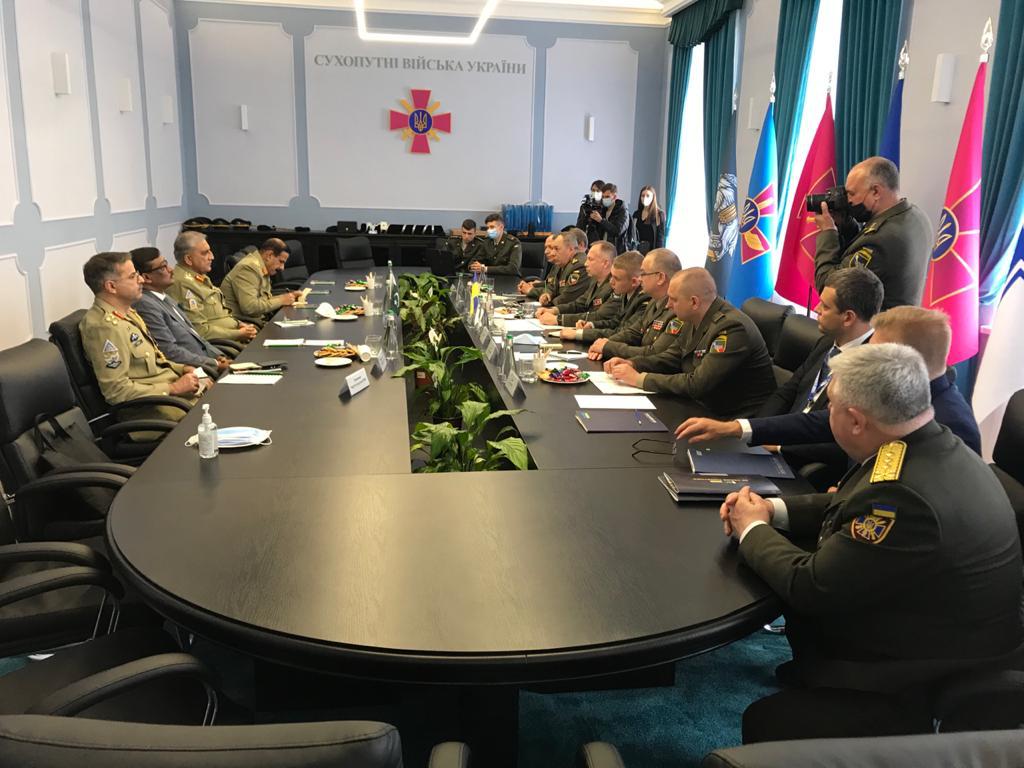 Earlier the COAS also called on Mr. Taran Andrii – Minister of Defense of Ukraine, Lieutenant General Serhii Korniichuk — Chief of the General Staff of the Armed Forces of Ukraine, Lieutenant General Oleksandr Syrskyi – Commander of the Army of the Armed Forces of Ukraine and Mr. Avakov Arsen – Minister of Internal Affairs of Ukraine, today. On arrival at the Ministry of Defense, COAS was presented a Guard of Honor by a smartly turned out military contingent.
Besides mutual and professional interests, matters of defense and security collaboration between both countries and overall regional security situation were discussed, during the meetings. Both sides agreed to further optimize military to military ties particularly in defense production, training, counter terrorism and intelligence domains. The dignitaries appreciated Pakistan’s sincere efforts for bringing peace and stability in the region and reiterated Ukraine’s desire for enhancing bilateral cooperation in all domains.