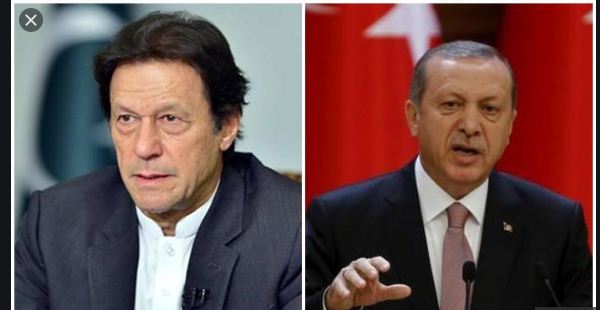 The Foreign Minister briefed the Turkish President on the sentiment prevailing in Pakistan in support of the people of Palestine including the resolution unanimously adopted by the National Assembly, as well as the diplomatic contacts made by Pakistan on this issue.

Thanking President Erdoğan for his support on Jammu and Kashmir, the Foreign Minister underlined that it was a source of strength for the people of the occupied territory. The Foreign Minister assured Pakistan’s continued support to Turkey on its core interests.

Expressing concern on rising Islamophobia, the Foreign Minister emphasized the need for continued joint efforts at all relevant multilateral fora. He thanked President Erdoğan for Turkey’s support in this regard.

The Foreign Minister remarked that the Prime Minister attached high importance to fraternal bilateral relations with Turkey including the institutional mechanism of the High-Level Strategic Cooperation Council (HLSCC). He recalled President Erdogan’s last visit to Pakistan in February 2020, which helped transform Pakistan-Turkey relationship into a robust strategic partnership through Strategic Economic Framework (SEF).

President Erdoğan stated that he looked forward to receiving Prime Minister Imran Khan in Turkey for the next session of the HLSCC at a mutually convenient date.=DNA