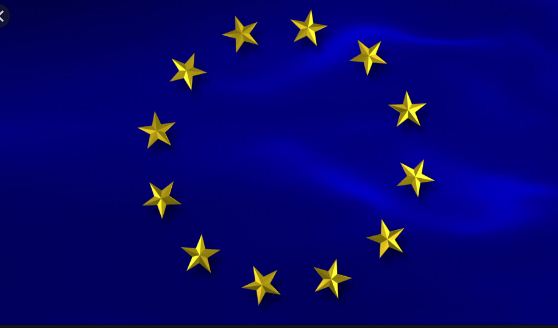 BRUSSELS: The European Commission on Tuesday welcomed the agreement reached between the regional bloc’s parliament and the council to relax the visa rules for workers coming to the continent to work as skilled labourers.

The new rules have been changed under the revised Blue Card Directive.

The new scheme will introduce efficient rules for attracting highly skilled workers to the EU, including more flexible admission conditions, enhanced rights, and the possibility to move and work more easily between the EU member states.

A press release issued by the commission said that the agreement on the revised Blue Card is a “key objective” of the New Pact on Migration and Asylum.

“Today’s agreement gives the EU a modern, targeted legal migration scheme that will allow us to respond to skills shortages and make it easier for highly skilled professionals to join our workforce,” said Vice-President for Promoting our European Way of Life, Margaritis Schinas on the changes.

Schinas said that the card will help “sustain economic growth, respond to labour market needs and increase productivity” of the regional bloc so it can bounce back strongly after the coronavirus pandemic.

“This agreement on a key migration file also shows that, by working together, the EU can equip itself with a future-proof migration system,” said the EU official.

On the other hand, the EU’s Commissioner for Home Affairs, Ylva Johansson noted that migrant workers make an important contribution to the bloc’s economy.

But she explained that there was a need to change the law as the EU is heading towards a “shrinking, ageing society”.

“Today’s agreement is a key element of the New Pact on Migration and Asylum that will allow us to normalise our migration policy. New rules will make it easier to work and move within the EU and will recognise the potential of highly skilled workers from diverse backgrounds, including beneficiaries of international protection,” remarked Johansson.

To obtain an EU Blue Card, the salary threshold will be reduced to between 1 and 1.6 times the average gross annual salary. The new rules will also reduce the minimum duration of a contract of employment to 6 months.

The press release said that the changes will also help in facilitating “recognition of professional skills for occupations in the information and communication technologies sector”.

“Applicants with professional experience equivalent to a higher education qualification in some specific sectors will also be eligible to apply,” said the press release.

Under the new rules during the first 12 months, EU Blue Card holders will only need to complete a new labour market test if they wish to change position or employer.

“Only after this period, EU Blue Card holders may be subject to an obligation to notify a change in their situation to the relevant national authorities,” read the press release.

The statement also said that highly skilled beneficiaries of international protection will be allowed to apply for an EU Blue Card.

The new law also states that the EU will now allow EU Blue Card holders to bring their family to the country they will be working in and also allows them to access the EU labour market.

The new rules also ease up the Intra-EU mobility for the Blue Card holders. Now the cardholders and their family members will be able to move to a second member state based on simplified mobility rules after 12 months of employment in the first country.

Even though the rules have been agreed by the Parliament and the council they still need to be confirmed formally by adopting the EU Blue Card Directive.

“Once the directive is formally adopted, member states will have two years to transpose the rules into national law,” said the statement.