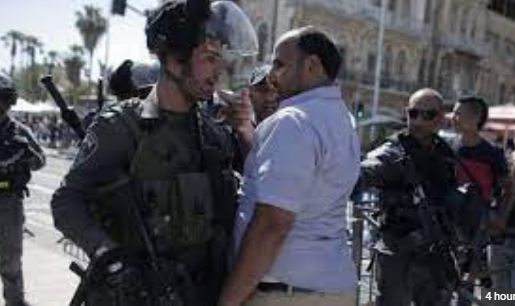 NEW YORK, MAY 17 (DNA) – Thousands of people across the United States staged protests this weekend to stand in solidarity with Palestinians in Gaza and demand an end to Israel airstrikes that have killed upwards of 192 civilians, according to media reports.

Protests extended as far as Los Angeles to New York on Saturday, the 73rd anniversary of al-Nakba, meaning “catastrophe,” so named for the 1948 expulsion of more than 700,000 Palestinians from their home in East Jerusalem.

Several hundred people turned out in the Bay Ridge area of Brooklyn, New York, chanting “Free, free Palestine” and “From the river to the sea, Palestine will be free.” They waved Palestinian flags and held placards that read “End Israeli Apartheid” and “Freedom for Gaza.”

Many protesters wore black and white, and red and white, keffiyeh scarves, while drivers sounded car horns and motorcyclists revved their engines as the sun beat down.

They also criticized the Biden administration for it’s support to Israel whose military has been unleashing a barrage of attacks on Gaza, with progressive US lawmakers, Palestine advocates and rights groups urging the US president to pressure the Jewish state to end its military offensive.

The Israeli military began bombing the Gaza Strip last Monday after Israel’s plan to forcibly displace Palestinian families from occupied East Jerusalem and its attacks on Palestinian worshippers at the Al-Aqsa Mosque compound spurred widespread protests in Jerusalem, the occupied West Bank and inside Israel.

Israeli air raids on Gaza have killed scores, destroyed roads, and flattened buildings, including a tower that housed the offices of Al Jazeera and The Associated Press.

In a call with Israeli Prime Minister Benjamin Netanyahu on Saturday, Biden “reaffirmed his strong support for Israel’s right to defend itself against rocket attacks from Hamas and other terrorist groups in Gaza”, the White House said in a statement.

“He condemned these indiscriminate attacks against towns and cities across Israel,” the read-out also stated. But the Israeli prime minister on Sunday remained adamant, saying the offensive was “continuing in full force” and “will take time”, the Reuters news agency reported.

A day earlier, Netanyahu thanked Biden for his “unequivocal support of Israel’s right to defend itself”. In Louisville, Kentucky, a student organizer from the university there told The Courier-Journal that this year’s commemoration is especially important.

“This is not just a Palestinian issue; it’s a human rights issue,” said the student, who did not want to be named out of concern for her Palestinian family’s safety. “This is a humanitarian thing, and as Americans, we do have a duty to speak up about this because our own tax dollars are funding the Israeli military.”

Further west, a rally in Phoenix saw hundreds gather at the Capitol to stand in solidarity with Palestinians. Jamil Naser with the Arizona Palestine Solidarity Alliance said at the rally that protesters gathered to “reaffirm our commitment to the Palestinian people’s struggle, for justice, return and liberation.”

“On this day, we need to understand that Palestinians are not in a conflict, they are in a struggle for liberation,” Naser said. “A big reason why that struggle seems insurmountable is because the outside support Israel receives from all corners of the world, but at the end of the day, there’s no bigger culprit than the government of the United States.”

Naser, echoed by other speakers, said the US aids and helps Israel’s militarily “while looking the other way and offering cover for Israel while they commit countless human rights violations against Palestinian people.”

Amid warnings of a ‘full scale war,’ Biden administration dispatches envoy to Middle East. On Sunday, a massive rally of 4,000 in the streets of Paterson, New Jersey, marched and shouted chants of “Free Palestine” and “Occupation has to go.”

Organizers in one of the largest Arab and Palestinian communities in the United States asked people to call their elected officials to demand that they speak out for Palestinian rights and end unconditional aid to Israel.

US officials should recognize that the cause of unrest “is inhumane, unjust and oppressive” policies toward Palestinians, said Sayel Kayed, chairman of the New Jersey chapter of American Muslims for Palestine.

In Memphis, Tennessee, chants of “Occupation is a crime from Memphis to Palestine” and “From the river to the sea, Palestine will be free” rang through the air as a big group of marched to the National Civil Rights Museum.

Sheikh Anwar Arafat spoke to supporters in the Memphis crowd, telling them that his family in Gaza had to evacuate their housing and that he received a text from his aunt that he thought would be the last.

“(Palestinians) know that you’re here, and your presence gives them strength,” Arafat said. “You should be proud.” Traffic was at a standstill as nearly two thousand demonstrators marched in Dearborn, a suburb of Detroit.

“This didn’t just happen in the last two weeks in Jerusalem and Gaza, this has been going on since 1948,” said Amer Zahr, president of New Generation for Palestine at the rally. “They use words on TV like ‘eviction’ and ‘clashes,’ that’s not true. (They say) it’s a conflict, no it’s not. It’s an occupation, it is apartheid and it is ethnic cleansing and it’s been going on for 73 years.”

The rallies come as Israelis and Palestinians experience the most violent outburst of conflict since 2014, following escalating tensions due to Israeli raids of Al-Aqsa Mosque in the final week of the Muslim holy month of Ramazan and pending home evictions of Palestinians in east Jerusalem by Israeli settler groups

On Sunday, Israeli airstrikes in Gaza City flattened three buildings and killed at least 42 people, according to media reports, making it the deadliest single attack since heavy fighting broke out between Israel and the territory’s militant Hamas rulers nearly a week ago.

The assault has displaced some 34,000 Palestinians from their homes, U.N. Mideast envoy Tor Wennesland told an emergency meeting of the U.N. Security Council, where eight foreign ministers spoke about the conflict.

Efforts by China, Norway and Tunisia to get the 15-member Council to issue a statement, including a call for the cessation of hostilities, have been blocked by the United States, on the ground that it could interfere with diplomatic efforts to stop the violence. = DNA