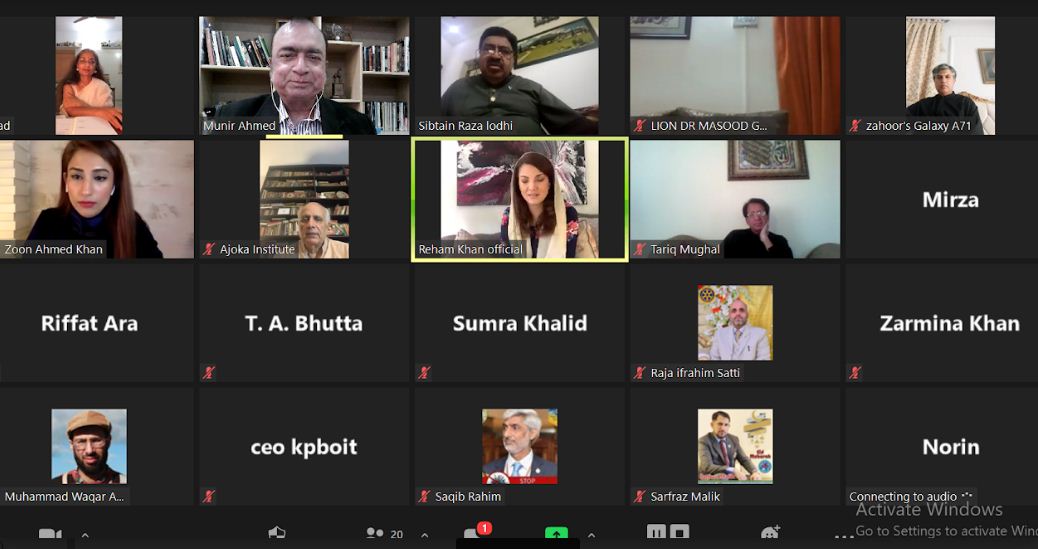 ISLAMABAD, MAY 15 (DNA) – Speaking at the re-launching of social and cultural network ‘Friends of China’ on Saturday, the experts urged the governments of Pakistan and China to work on the establishment of mechanisms for cultural promotion and social integration. The cultural experts and practitioners shall lead the collaboration backed and facilitated by the governments.

They said both countries are ‘iron friends’ for the last seven decades but the culture of both countries is less known to the people on both sides. Cultural performances and arts showcasing shall replace fusion of recreation of culture, learning and understanding each other based on the cultural heritage. The pandemic time shall be used for planning and development of the mechanisms to boost cultural ties and social integration based on the learning.

Shahid Mahmood Nadeem said very little is done to explore the cultural ties based on in-depth learning of civilizations and heritage of both countries. Only cultural performances won’t work in the contemporary work where market mechanisms have made the culture backbone of bilateral political and economic collaborations.

He suggested a hierarchy under the CPEC comprising experts from the private sector with sector-wise sub-committees for each discipline of arts and culture. He suggested that Devcom and Friends of China can play a networking role in the establishment of mechanisms required to boost bilateral cultural collaborations.

Sheema Kermani said culture brings people together, so it is necessary to have elaborate mechanisms for cultural collaboration backed and supported by both governments. It should be based on equal terms. Our culture should not be compromised against the rich Chinese culture. Joint cultural products should be the focus instead of only cultural performance. There are many fields of arts and culture where Pakistani youth and practicing artists can learn from. They include puppetry, animation films, cinematography, theatre and film, dance and musical production.

She also questioned the cultural priorities within the Pakistan government that talks a lot about tourism, culture and heritage. Cultural and tourism policies are dusting the shelves.

Hassan Daud Butt highlighted the friendship between the two countries that has a history of understanding each other at equal level. Leadership at all levels and from both countries have contributed towards fostering Pak-China relationship considering it a responsibility. The strategic relationship is transforming into economic partnership at the moment where people-to-people contact and cultural interaction are key pillars of BRI and CPEC.

He said tourism and culture were discussed time again at the BRI forums and Pakistan has many features to showcase. The officials in embassies are willing to contribute however cultural troupe and theater shows need to be developed around silk route history and importance of the region with central focus on Pakistan. The language is an important aspect and Pakistan Study Centers in China that need to be strengthened to support interaction.

Reham Khan said Pakistan and China share a rich heritage and history along the Silk Road. I grew up fascinated by this scenic and exotic route. With my family roots on this historic route, I found an overlap of culture andtradition. The CPEC provides a golden opportunity to filmmakers like myself to explore a treasure trove of cultural experiences but also to promote the soft power of both China and Pakistan. China can invest in Pakistani youth who have creative talent but lack basic infrastructure and financial support in film-making, dance and music production or Art.

Zoon Ahmad Khan said packaging cultural products matters for China. There is a huge market waiting for quality arts and culture from Pakistan. Many Chinese companies and organizations would be more than happy to welcome Pakistani films, art, animations and music ventures. Possibilities of collaboration are much more than what could be expected but for innovative and quality products.=DNA