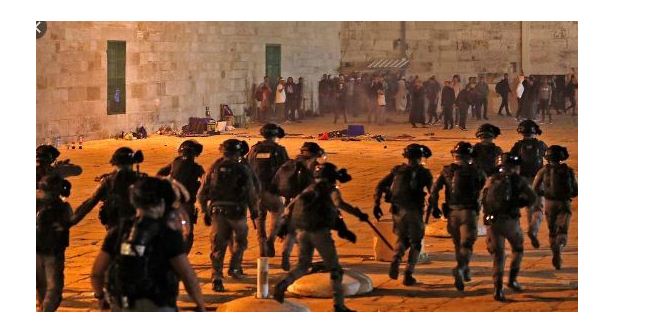 RAMALLAH – Palestine National Council (PNC) said that Israel’s military aggression against Palestinian civilians in Gaza Strip and the rest of the occupied West Bank cities, including the occupied city of Jerusalem, is a crime to be added to its criminal record against the Palestinian people.

In a statement issued this evening, Tuesday, PNC indicated that the Israeli occupation air force bombed civilian targets in Gaza, which has so far killed 35 people, including 10 children, and destroyed a large number of civilian buildings and infrastructure.

PNC pointed out that these crimes violate the text of Article 53 of the Fourth Geneva Convention, which prohibits the occupying power from destroying any movable or immovable private property, and according to Rome Statute, launching deliberate attacks against the civilian population is a war crime for which Israel must be pursued and held accountable.

International humanitarian law provided general and special protection for civilians and civil objects, which is clearly evident in both the Fourth Geneva Convention of 1949 and Additional Protocols I and II to the Geneva Conventions of 1977 and The Hague Convention relating to the Protection of Cultural Objects in the Event of Armed Conflict of 1954, PNC continued, this law prohibited all forms of assault against these objects and civilians.

He added that at these times, Israel is deliberately destroying public and private property in Gaza Strip, in flagrant violation of Article 47 of the Fourth Geneva Convention, which stipulates that the destruction and usurpation of property in a manner not justified by military necessities, and on a large scale is considered a serious violation, and therefore a war crime, PNC added, Article 53 of the Fourth Geneva Convention prohibits the occupying power from destroying any movable or immovable private property.

PNC called on the United Nations to bind Israel, the occupying power, to the rules and provisions of these agreements, which are binding on states and their armed forces, and include the right of victims of human rights violations to redress, including justice and reparation.

International criminal law defines individual criminal responsibility for certain violations of international human rights law and international humanitarian law, such as war crimes, crimes against humanity and genocide, which applies to the Israeli aggression against the Palestinian people since its occupation of Palestine, PNC said.

PNC rejected the double standard policy pursued by international institutions and major countries claiming their keenness to uphold the provisions and principles of international law, when it comes to the aggression of the occupying perpetrator, Israel, on the victims under its occupation. Those countries and the UN Security Council should review their policy towards the crimes and aggression of the Israeli occupation.