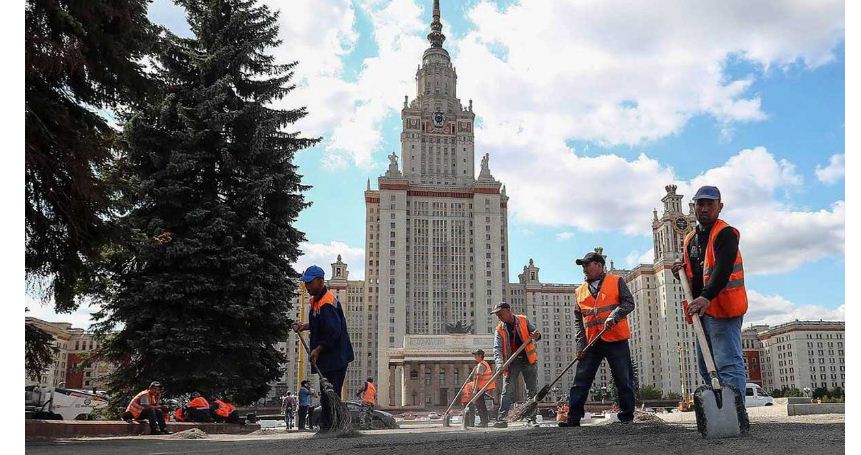 MOSCOW, MAY 9 – After several negotiations, Russia finally becomes as a full-fledged member of the International Organization for Migration (IOM). It means that Russia has adopted, as a mandatory condition for obtaining membership, the constitution of the organization. It simply implies that by joining this international organization, it has given the country an additional status.

After the collapse of the Soviet, Russia has been interacting with the IOM since 1992 only as an observer. In the past years, Russia has shown interest in expanding this cooperation. The decision to admit Russia to the organization was approved at a Council’s meeting by the majority of votes: 116 states voted for it, and two countries voted against – these are Ukraine and Georgia. That however, the United States and Honduras abstained, according to information obtained from Moscow office of International Migration Organization.

“In line with the resolution of the 111th session of the IOM Council of November 24, 2020 that approved Russia’s application for the IOM membership, Russia becomes a full-fledged member of the organization from the day when this notification is handed over to its director general,” the Russian Foreign Ministry said in a website statement in April.

Adoption of the IOM Constitution is a mandatory condition for obtaining its membership, which opens “extra possibilities for developing constructive cooperation with international community on migration-related matters,” the statement stressed in part.

It is significant to recall that Russian President Vladimir Putin issued an order to secure Russia’s membership in the organization in August 2020 and submitted its Constitution to the Russian State Duma (lower house of parliament) in February 2021.

Headquartered in Geneva, the International Organization for Migration, a leading inter-government organization active in the area of migration, was set up on December 5, 1951. It opened its office in Moscow in 1992.

IOM supports migrants across the world, developing effective responses to the shifting dynamics of migration and, as such, is a key source of advice on migration policy and practice. The organization works in emergency situations, developing the resilience of all people on the move, and particularly those in situations of vulnerability, as well as building capacity within governments to manage all forms and impacts of mobility.

IOM’s stated mission is to promote humane and orderly migration by providing services and advice to governments and migrants. It works to help ensure proper management of migration, to promote international cooperation on migration issues, to assist in the search for practical solutions to migration problems and to provide humanitarian assistance to migrants in need, be they refugees, displaced persons or other uprooted people. It is part of the structured system of the United Nations, and includes over 170 countries.

Senator Vladimir Dzhabarov, first deputy chairman of Russia’s Federation Council (Senate) Committee on International Affairs, noted that the organization’s constitution has a provision saying that it is in a nation’s jurisdiction to decide how many migrants it can receive, therefore the IOM membership imposes no extra commitments on Russia and doesn’t restrict its right to conduct an independent migration policy.

On other hand, Russia’s full-fledged membership in IOM will help it increase its influence on international policy in the sphere of migration and use the country’s potential to promote its interests in this sphere, Senator Dzhabarov explained.

Russia has had an inflow of migrants mainly from the former Soviet republics. The migrants have played exceptional roles both in society and in the economy. The inflow of foreign workers to Russia has be resolved in accordance with real needs of the economy and based on the protection of Russian citizens’ interests in the labor market, according to various expert opinions.

The whole activity of labor migrants has to be conducted in strict compliance with legislation of the Russian Federation and generally recognized international norms.

State Duma Chairman Vyacheslav and Foreign Minister Sergei Lavrov and many state officials have repeatedly explained the necessity of holding of partnership dialogues on finding solutions to emerging problems within the framework of harmonization of legislation in various fields including regional security, migration policy and international cooperation. Besides that, Russia is ready for compliance with international treaties and agreements.