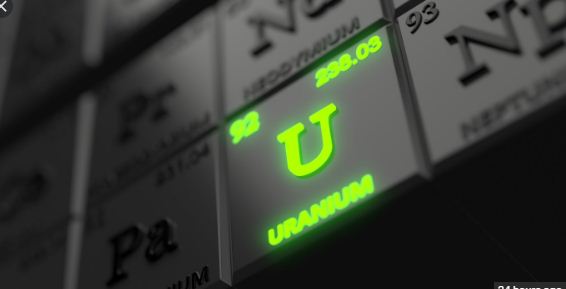 According to the anti-terrorism squad in Maharashtra, the confiscated material is worth Indian Rupees 21.30 crores (around $2.9 million) and an investigation into the case is underway.

“We had received information that one person identified as Jigar Pandya was going to illegally sell pieces of Uranium substance, a trap was laid and he was arrested,” the Maharashtra police said.

“Investigation into the case revealed that another person identified as Abu Tahir gave him these pieces of Uranium.”

The police said a huge quantity of substance was recovered when Tahir was apprehended.

The case was registered on Wednesday after a report from the Bhabha Atomic Research Centre in Mumbai confirmed the seized material is highly radioactive.

“A report was received that the substance is natural uranium. It’s highly radioactive and dangerous to human life,” the police said.

A police official told Anadolu Agency on the condition of anonymity that the accused are being questioned to know the source of the seized material and where it would be sent.

According to local news agency Press Trust of India, the two accused appeared before a local court on Wednesday which remanded them in the custody of the anti-terrorism squad till May 12.

It is the second time in India that such a highly radioactive substance has been seized by police in recent years. In 2016, police seized almost 9 kg (19.8 lbs) of depleted uranium in the Thane area of Maharashtra.

Uranium is used in several areas, including nuclear explosives and medical techniques.