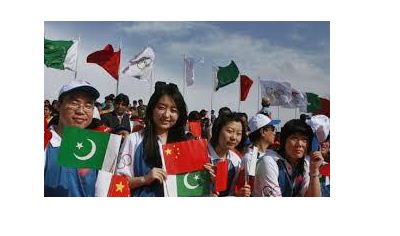 ISLAMABAD, May 7 (DNA): An essay competition’s winners on 70th anniversary of Pak-China relations has been announced, accoding to Gwadar Pro.

The Competition was co-organized by Chinese Consulate-General in Lahore and Institute of International Relations and Media Research (IIRMR).

At the concluding ceremony winners were announced with cash prizes and special appreciation certificates.

Deputy Consul General Lahore Peng Zhengwu released his special message through video in which he said “on behalf of Chinese Consulate General Lahore, I would like to congratulate Institute of International Relations and Media Research, its Chairman Muhammad Mehdi and President Yasir Habib Khan on holding a successful Essay Competition in commemoration of the 70th anniversary of diplomatic relations between China and Pakistan.”

“It is a great honor for Chinese Consulate General Lahore to sponsor and collaborate with Institute of International Relations and Media Research in a befitting arrangement of Essay Competition participated by a large number of people from all walks of life,” he added.

Through Essay Competition, he said that contestants shed light on how Pak-China relations form the basis of equality, harmony, trust and brotherhood.

I must appreciate the understanding of contestants about Pak-China joint cooperation on both regional and international landscapes.

Signifying success of China-Pakistan Economic Corridor, they also illustrated collaborations on the Covid-19 pandemic challenges and Chinese’s vaccine support to Pakistan,” he added.

In connection with a series of events to celebrate the 70th Anniversary of diplomatic ties between Pakistan and China, he said that he hopes that Institute of International Relations and Media Research will continue to organize more programs to highlight exclusivity and inevitability of relationships that epitomized mutual progress in every sector.

“Lastly, I would also like to express my tributary remarks for winners in recognition of their meritorious written dexterity and mettle. I wish them the best of luck in all their future endeavors,” he added.