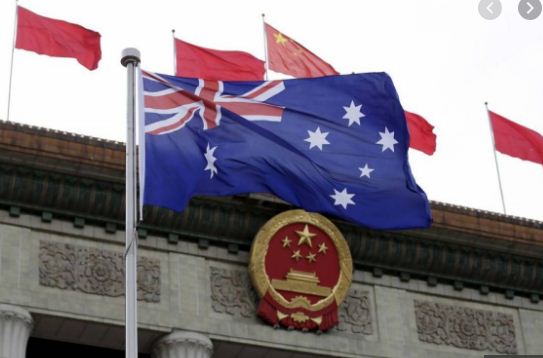 With a move of tabling a bill by an independent Senator seeking a ban on imports from China, a debate has been started whether the Morrison administration would follow the Western countries or it will still be willing to work with Chinese Government to ease diplomatic dilemma.

Last week, Senator Rex Patrick tabled a bill seeking to amend the Australian Customs Act to bar the import of goods from Xinjiang and other regions of China where the products are prepared by alleged forced labour.

To stop the human rights violations and other atrocities committed by the Chinese government, the senator demanded of the Australian government to pass the bill that specifically targets the supply chains of Chinese cotton production lines.

Western countries and mainly the United States believe that the forced labour in Uyghur Muslims majority populated Xinjiang region has full support of the government, a claim that China continuously negates. The Chinese government has denied the claims of forced labour and human rights abuses in Xinjiang

China has reportedly established scores of forced labour camps along with indoctrination centres in the Xinjiang region, which some Uyghurs in the region call East Turkistan.

China is currently facing sanctions and importation of Xinjiang cotton and tomatoes is banned in US while many Western lawmakers demanding to boycott the 2022 Beijing Winter Olympics.

In March this year, Chinese foreign affairs spokesman Zhao Lijian blatantly denied the claims of forced labour and concentration camps for Muslims saying that there was not a grain of truth in the ‘absurd allegation’.

He added that such an allegation was made to hold back the development of the relevant Chinese side and Chinese companies.

“Some anti-China forces ignore facts and truth and wantonly fabricate all kinds of Xinjiang-related lies. People of all ethnic groups in Xinjiang, including Xinjiang women, live and work in peace and contentment,” he said.

Mr. SM Hali, who is an expert in China’s relations with the world, said that Australian authorities led by Morrison have adopted a policy of confronting the mainland of China on several issues.

These issues, according to him, includes the Xinjiang issue, the Hong Kong issue, the South China Sea issue and the Taiwan issue, which has triggered a strong reaction from Chinese mainland.

Morrison’s government is under enormous economic pressure from the worst Sino Australian relations in history, he says.

“However, it is questionable whether Australia’s policy of following the United States will bring maximum benefits to Australia. After all, although Biden authorities still show a strong attitude towards China, they also send Kerry to Shanghai to explore the possibility of cooperation with China,” says Mr. Hali.

Other veteran analysts believe that Australia was still like a “dutiful” clown, helping Uncle Sam (US) to blame China, regardless of the fact that Uncle Sam has contacted with the Chinese dragon.

“In response to Japan’s recent decision to discharge nuclear waste water into the Pacific Ocean, Australia, as a stakeholder, seems to have deliberately ignored this major international event and kept silent on it.”

“Morrison’s authorities completely ignored the prospect of Australian Fisheries and gave up an excellent opportunity to seek reconciliation with the Chinese government, because the Chinese authorities have expressed concern about Japan’s practice.”

“In terms of distance, Australia is closer to Asia than United States, not to mention that Australia’s main geopolitical interests lie in Asia. It is time for the Morrison administration to consider how Australia’s foreign policy as an independent country serves its national interests, and then make the right diplomatic choice,” concludes Mr. Hali.