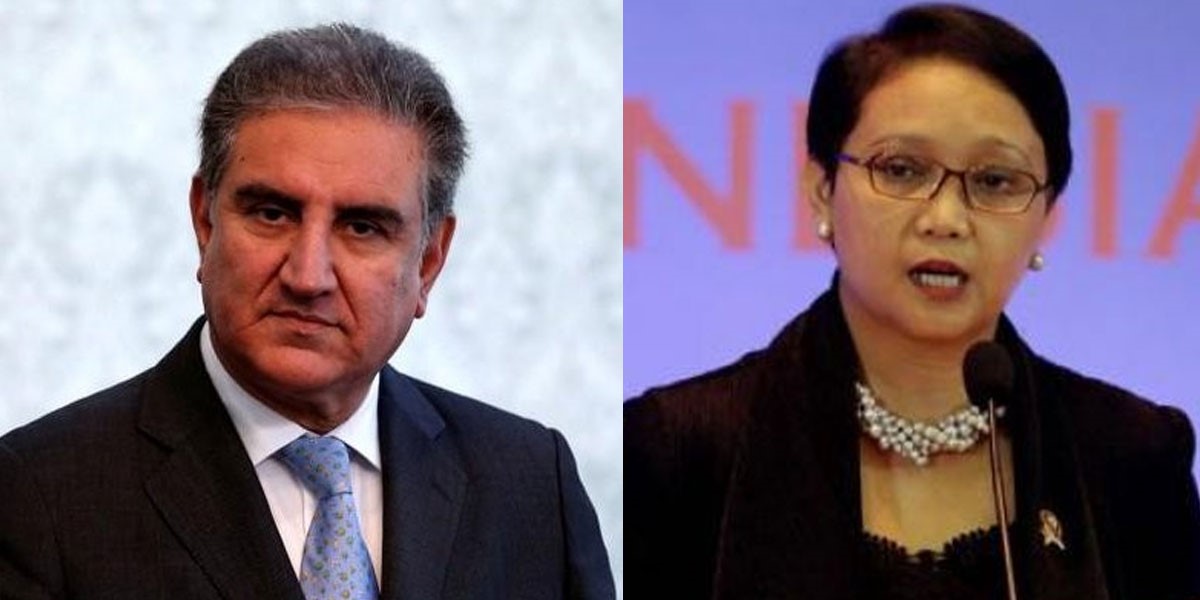 ISLAMABAD: Foreign Minister Makhdoom Shah Mahmood Qureshi, in a telephone conversation with his Indonesian counterpart Ms. Retno Marsudi, discussed the importance of stronger cooperation amongst members of the Organisation of Islamic Cooperation (OIC) to combat Islamophobia.

The Foreign Minister stressed that Pakistan’s efforts were aimed at creating awareness and building greater understanding for the promotion of inter-faith harmony and mutual respect.

The Foreign Minister thanked Indonesia for supporting the unanimous adoption of Pakistan-sponsored resolution at the 47th OIC Council of Foreign Ministers meeting in Niamey last November, which declared 15th March as an International Day to Combat Islamophobia.

The Foreign Minister sought continued collaboration between the two sides in New York for the smooth adoption of a resolution by the UN General Assembly in that regard.

The Foreign Minister emphasized that disrespect towards revered Islamic personalities hurts the sensibilities of more than 1.5 billion Muslims around the world.

The Foreign Minister noted that such actions are not covered under legitimate expressions of the right to freedom of opinion, which carries certain responsibilities under international human rights law. The Foreign Minister highlighted that Muslims unequivocally condemn all acts of violence or incitement to violence on the basis of religion or belief, and these notions must be respected by all.

The Foreign Minister called upon the OIC to work together for making the international community understand the deep-rooted love and devotion of all Muslims for the Holy Prophet (P.B.U.H.) and the Holy Quran.

Qureshi underscored that a global dialogue amongst civilizations, under the ambit of the United Nations, was required to promote inter-faith harmony, tolerance and peaceful co-existence.

It may be mentioned here that both Pakistan and Indonesia enjoy excellent relations. Both countries have diversified their trade and economic relations as well. Leaderships of both countries are well aware of the fact that people to people contacts are very essential in promoting and strengthening bilateral relationship that is why special focus has been laid in this regard.

Indonesia offers huge business opportunities to Pakistani as well as businessmen from across the globe. The Indonesian embassy in Islamabad spearheaded by Ambassador Adam Tugio is rightly focusing on building linkages in the field of education; intelligentsia; think-tanks and media besides bringing closer business class of both countries.

The embassy initiative to engage with youth of Pakistan and then put youths of both countries in contact with one another is yet another step that has won wide acclaim in Pakistan. The recently concluded online internship program jointly organized by the CGSS and the Indonesia embassy particularly drew huge interest.