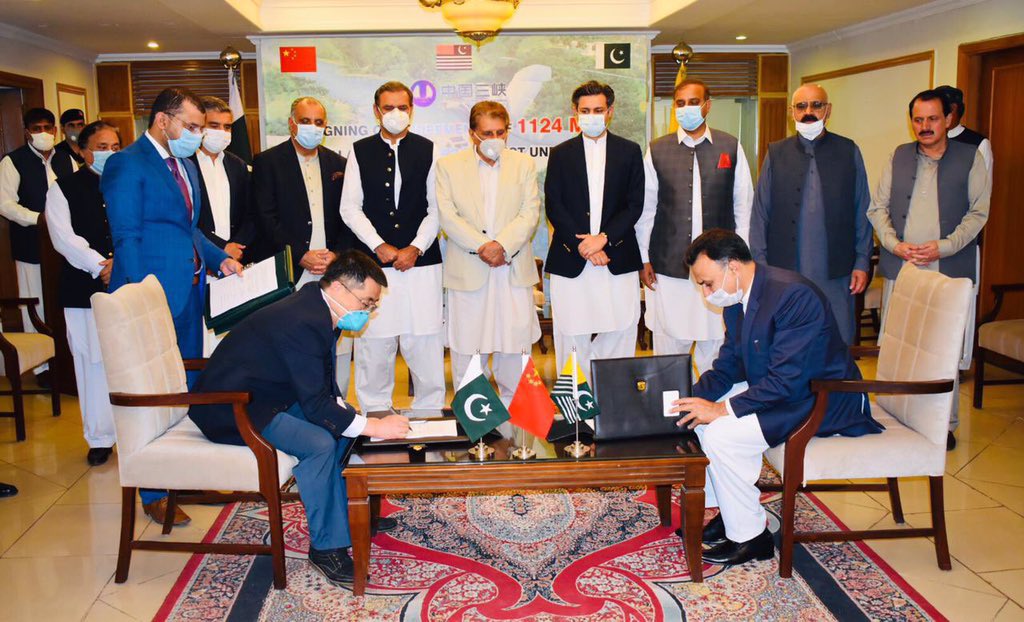 In his tweet he said the project that is being executed under the China Pakistan Economic Corridor (CPEC) was signed between Azad Jammu and Kashmir government and China Three Gorges Company.
“Its total investment is 2.4 bn USD and its average annual power generation will be 5.149 bn kWh”, he added.