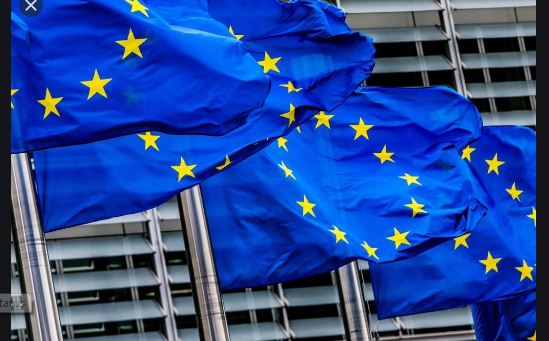 ISLAMABAD, MAY 5 – The European Union (EU) has expressed deep concern over the lack of freedom of the press and violence against journalists in Pakistan.

The EU said it is concerned about the frequently reported cases of violence, intimidation, abduction, and killing of journalists in Pakistan.

Over the past couple of years, restrictions on media in Pakistan have grown and backtracking by the government in this area is having a detrimental impact on the overall climate of freedom of expression in Pakistan. Such acts are also reflecting negatively on Pakistan’s image abroad.

The EU is also concerned about widespread and systematic harassment online, especially of female journalists, through coordinated campaigns that include abusive language and threats of violence.

The Union said it actively advocates the importance of the freedom of expression and the need for protection of journalists around the world, including those in Pakistan.

In the fifth EU-Pakistan Strategic Dialogue with Foreign Minister Qureshi on November 3, 2020, HR/VP Josep Borrell reiterated concerns over the state of freedom of expression and the press in Pakistan.

The European Union External Action (EEAS) has a regular dialogue on human rights with the Pakistani government, where the issues of freedom of expression and media are important points on the agenda.

The forum also expressed concern about the recent attack on Absar Alam, a senior journalist in Pakistan.

These kind of attacks threaten Pakistani citizens’ rights to freedom of expression and freedom of media, and underline the importance of adequate protection of journalists and their work, said the EU.

Meanwhile, the Council of Europe Secretary General Marija Pejčinović Burić urged European governments to show stronger political will to protect journalists and independent journalism in order to put a stop to the deterioration of media freedom.

“Media freedom is an essential pillar of our democracies which is too often taken for granted. Respect for freedom of the media is in decline in many countries. In the last [couple of ] years, we have witnessed an increase in the number of cases of violence and intimidation against journalists,” she said.

During the Covid-19 pandemic, there was a strong rise in reports of violence against journalists as well as censorship and reprisals for questioning government policies in many countries of the world. At the same time, media houses have also been facing serious economic challenges and many journalists have lost their jobs due to the adverse economic impacts of the coronavirus pandemic.

The Council of Europe stands ready to support its member states to create and promote an environment where plural, diverse and independent media can perform their role and contribute to making our democracies more robust, said Burić.

The secretary-general also expressed concern at the findings of the annual report of the Council of Europe’s Platform for the Protection of Journalism and the Safety of Journalists.

The annual report of the Platform for the Protection of Journalism and the Safety of Journalists, released today by 14 international media freedom organisations, lists 201 serious cases of threats to media freedom in the 47 Council of Europe member states in 2020, a 40% increase compared to 2019.

The report analyses serious threats to press freedom including those posed by the impunity of crimes against journalists – with 24 cases of impunity for the killing of journalists still pending, the state capture of independent media, judicial harassment, political pressure on public service media, and surveillance of journalists.

The report underlines specific threats to media freedom in 2020, the extraordinary restrictions imposed on journalists’ activities by emergency laws and regulations in response to the Covid-19 pandemic.