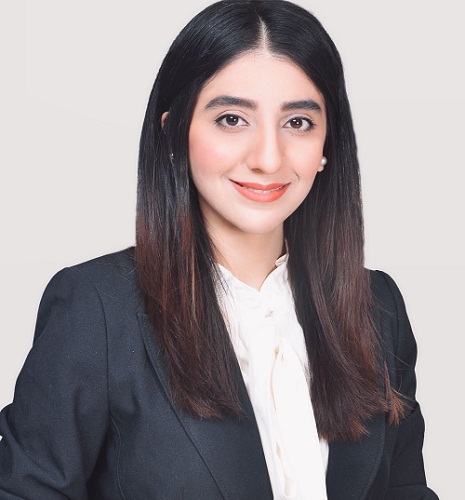 As the world grapples with responding to current crisis, in the midst of global COVID-19 pandemic, we are first-hand reflecting in real-time on how systems undergo large-scale transformations & Paradigm shifts, how government, cities, businesses, schools, and communities adapt and make fundamental changes to existing ways of studying and working. As Pakistan sees yet another surge in the rise of the novel corona virus cases, the Government has further adopted stay-at-home orders to curtail the pandemic. The disruption to most people’s lives has been drastic and abrupt, and perhaps one of the most disturbing shift was the education sector move to a virtual setting. Prior to the spread of COVID-19, we had been reflecting on how difficult it is to change a system keeping in view the fact that systems usually prefer the status quo and more often than not necessitate it for a crisis to transform. We are certainly watching this play out today— many countries including Pakistan, have been imperceptive to respond to the global pandemic despite considerable data and advice available from experts on what measures should be taken and regarded as priority—and have only leapt into action once the magnitude of the virus was apparent.

To address schools closure, the first and foremost thing for consideration is the variable effect. School system is generally regarded as uniform but in reality schools are widely different in their operations and their impact on students, just as students themselves are very different from one another. As a matter of fact, students come from different socio-economic backgrounds and have very different resources, opportunities, and support outside of school. Now that entire learning lives, as well as actual physical lives, are outside educational institutions, those differences and disparities have come into vivid view. Some students have been fine during this crisis because of having the privilege of high-quality learning opportunities coupled with advanced tech-equipments available to them, other students thus far, are still struggling to have an access to anything of quality because of minimal to no resources, and consequently seem to be at an enormous setback.

Science, Technology, education and mathematics have always had a critical standing and known poor fate in Pakistan, all the more during these unprecedented times as they must include or be taken accompanying ‘laboratory’ and ‘experimentation’ and. The importance of giving the skills and knowledge to students within STEM for them to be at the forefront cannot be emphasised enough nor should ever be undermined or played down as it has been within the country for over decades. Both the federal and provincial governments should pay attention to the problems of engineers. According to current statistics, more than a hundred thousand engineers are unemployed in Pakistan. STEM subjects underpin the world we live in and directly impact many areas of the society including Robotics, Electronics, Aerospace, Biomedical science, Ecology, Genetic engineering, Data science, Marine biology, Civil and Mechanical engineering. Artificial intelligence professionals, software developers and food technologists all work in STEM disciplines and should be highly rewarded with the opportunity to be part of cutting-edge developments, research projects, discovery of scientific breakthroughs and solutions to societal problems, such as the public health crisis we are currently facing. For example, Technology allowed China to build two hospital facilities for corona virus patients in just 10 days and allowed airdrop test kits onto cruise ships. It allowed the Johns Hopkins Center for Systems Science and Engineering to build a corona virus mapping tool. This dashboard kept millions abreast of the latest data from the World Health Organization (WHO), the Centers for Disease Control and Prevention (CDC) and other sources, to visualise how the virus is spreading around the world. The South Korean molecular biotech company Seegene started developing test kits before the country had even confirmed its first case of COVID-19. In addition, the development of self-driving cars has started an interesting debate on the morals and ethics of autonomous vehicles.

The most economically challenged in our society are most vulnerable in this crisis, and the wealthier households are most likely to endure it without losing too much ground. Prior to the pandemic, we were already experiencing a learning crisis that is likely to be made more severe by prolonged school closures. 40% of the children of the total population of Pakistan particularly in the peripheral regions of Gilgit-Baltistan, Balochistan and the tribal districts of Khyber Pakhtunkhwa, have been out of schools or had no access to any kind of education. Identifying which children are vulnerable to disproportionate learning loss should be a matter of great concern to the Government. Without targeted, evidenced interventions, the gap between rich and poor children—which will have widened considerably during the months of school closure—will continue to grow. Addressing learning loss and implementing large-scale catch-up programs in the remote areas and marginalised communities should be a top priority. Moreover, on part of students, they must find themselves responsible for adhering to intervention. Now more than ever, the Realisation and understanding of the fact that Education is “necessity” to Pakistan and not an option should be the front and center of every individual’s mind.

Additionally, the ways in which students and educators respond to Internet‐related environments also prompts consideration towards Gender-digital divide. A research carried out by a non-profit organization known as Media Matters for Democracy published its most recent findings on women’s access to the internet in a report titled Women Disconnected: Feminist Case Studies on the Gender Digital Divide Amidst Covid-19. As many as, 215 women across Pakistan were interviewed, including tribal districts, it has been noted that six out of ten women faced some form of restriction from their families when accessing the internet, including for carrying out simple tasks such as attending online classes or plain discussions post lectures with male counterparts via standard method of learning and teaching for many during the pandemic i.e. Zoom, Microsoft teams, or communicating on WhatsApp.

In addition, when it comes to cultural attitudes, many Pakistanis in the rural areas continue to regard women’s access to the internet with suspicion, and more than half of the respondents mention concerns from family members.

Another survey on mariginalised communities of KPK and Punjab found a quarter of the girls in education feeling unsafe at school, with some having been sexually harassed by teachers, or pressured for sex for grades or even to sit for an exam, and have been subject to corporal punishment. Not only in educational institutions that happens, but also within joint families due to less awareness & frustrations. Meanwhile the digital stark made 4 in 10 girls become victim of cyber harassment and assault. Women and girls disproportionately share the burden and care of family members and relatives. This affects not only whether they can attend school but also the time and energy they can devote to schoolwork. Economic shock during COVID-19 leapt into significant increase in school fees, extra costs such as buying tech-equipments, overpriced books and transport, and the need to work to boost family income have forced many girls into child marriages, to drop out of school or preventing them from getting an education. Child marriage also means girls have early and frequent pregnancies, which accounts to higher rates of girls dropping out of school. A study by the World Bank says that child marriage will cost developing countries trillions of dollars by 2030. Given the high rate of child marriage before 18 years of age in Pakistan which is 6th highest in the world (UN women report), it is important for the Government to ascertain in peripheral regions the cost of little to no education facilities, child marriage and early pregnancies, and its adverse impact on the economy which is all the more rampant during COVID-19 pandemic due to numerous reasons including deeply entrenched customs, poverty, lack of awareness and/or access to education, and lack of security. In humanitarian emergencies, including natural disasters, increased poverty for families and lack of employment opportunities means girls are at higher risk of early marriage or ending up in prostitution.

If potential risks related to design and delivery of Educational activities are not thought through and safety (both in-person or online) is ensured, it is likely that any intervention can go very wrong. The challenge is not only to scale up education but also ensuring that it is SAFE and effective.

If done well & timely check-and-balance is made, educational reforms and activities can grant a routine that gives young people a sense of steadiness amid a hurried change. Addressing barriers mentioned above would be a significant part of helping children’s process of education and adjust to their shift of external environment and develop new strategies for coping. The safety and public health information usually addressed through educational activities can demystify the crisis and help children feel more in control of their environment, to be able to make informed choices from a far better range of options. During long-lasting crises, education fosters hope for a better future, an important feature of supporting natural resilience.

Nevertheless, minimal to no access to technology and broad-band facility could be an obstacle in the quest to achieve resilience. While “Digital Pakistan” was an initiative taken by the Government and intended to be a long-term and effective project, a year after its launch there is very little evidence of a time-bound plan to realise its objectives. Thus there is a need to bridge the digital divide by investing in digital infrastructure. It is worth remembering here that access to technology and internet alone isn’t a panacea for future crises—but the risks of technology further exacerbating inequities must also be addressed. We are a nation still at risk and certainly do not require another paradigm shift to look at our goals and aspirations for education that sum up phrases like “No Child Left Behind,” “Every Student Succeeds,” and “All Means All”. What seems clear is that we need to respond rapidly and robustly from both a technological and educational perspective to cyber education which creates a myriad of challenges for both students and teachers and to figure out how to build a system that has the capacity to deliver on the promise of equity and excellence in education for all students, and all means all. Both novice and experienced computer users alike must be offered trainings to master the use of internet tools, while also working to overcome conceptual misunderstandings about the technology and its root metaphors. We have that opportunity now and hope we do not fail to take advantage of it in a misguided rush to restore the status quo.