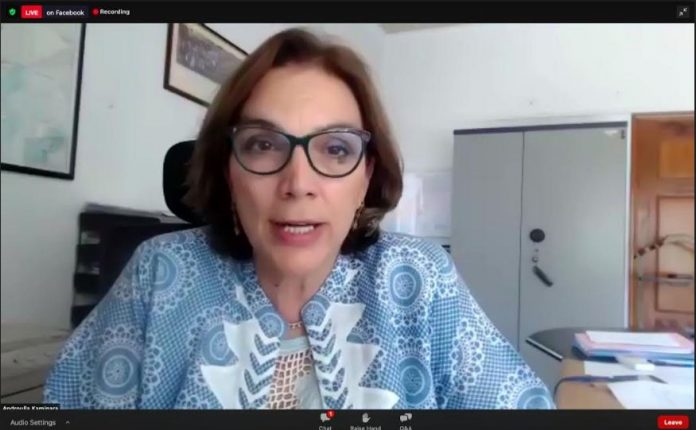 Pakistan scored only 30 out of 100 points on the Freedom of Expression Assessment Index, which monitored the country’s performance with 60 indicators for the year 2020 ● Threats of legal and regulatory action on the basis of expression were compounded by issues related to the online harassment of journalists, Covid-19 disinformation, the digital divide, and restrictions on media access during the pandemic

ISLAMABAD, MAR 31 – Pakistan performed poorly with respect to legal and practical protections for the right to freedom of expression of its citizens during 2020, according to a new assessment report published by Media Matters for Democracy.

The Pakistan Freedom of Expression Report 2020 was launched through a webinar on Wednesday. Speaking at the report launch, the European Union (EU) Ambassador to Pakistan Androulla Kaminara said, “Today’s report provides a comprehensive analysis of the state of freedom of expression in Pakistan and highlights some concerning trends. Freedom of Expression is enshrined in the European Charter of Fundamental Rights. It is also one of the important aspects of Pakistan’s GSP+ commitment to uphold international Human Rights Conventions and a key priority in the Strategic Engagement Plan between EU and Pakistan.” Ambassador Kaminara said, “As this report confirms, the situation of journalists and documentation of threats they face through attacks, intimidation and harassment is particularly concerning.

Disinformation is another area of concern, and one, which the European Union is working to address both at home and abroad. Misleading or false information can put lives in danger. It is crucial to resolutely counter disinformation with transparent, timely and fact-based communication and thus reinforce the resilience of societies.” The report documents the situation of freedom of expression in Pakistan with a new index based on six dimensions namely the legal environment, press freedom, digital expression, pluralism, the socioeconomic and political situation, and protection from threats to expression. The indicators for these dimensions were measured through a survey of a panel of experts from the fields of politics, media, academia, law, and human rights advocacy, as well as statistics collected through desk research. Pakistan scored low on all six dimensions to provide an overall score of only 30 points out of a total of 100 points on the assessment index. This cumulative score fell in the range of “poor” protections for freedom of expression in the country.

The report found that during the year 2020 Pakistan’s media and Internet regulatory authorities continued to exert arbitrary legal and regulatory restrictions on speech and online content, by ordering bans, suspensions, and advisories against social media apps, entertainment content, and news discussions of social and political issues. Journalists remained vulnerable to physical, legal, and digital threats in the absence of longawaited legislation on journalists’ safety, according to the study. The report found that at least eight individuals connected with the media were killed, at least 36 journalists were attacked in the line of duty, 10 were arrested, and as many as 23 instances of arbitrary detentions in connection with news reporting and online expression were recorded across Pakistan during the year. Women journalists were especially targeted with coordinated online attacks as they reported on political issues and the government’s pandemic response. The report noted that the Covid-19 pandemic intensified the challenges to freedom of expression and access to information in Pakistan.

Internet users were consistently exposed to disinformation while journalists reporting on the pandemic faced physical safety risks and restrictions on access to information sources, and many young citizens without Internet services found themselves abandoned as education systems shifted online, according to the report. The online report launch also featured a panel discussion with press freedom advocate Owais Aslam Ali, journalist Asad Hashim, digital rights activist Farieha Aziz, and MMfD Co-founder Sadaf Khan. The panelists spoke about the impact of the pandemic on free speech in the country. Mr. Owais Aslam Ali said the professional solidarity among journalists against press curbs has weakened, which means individual journalists have little support when they face threats.

Mr. Asad Hashim said Pakistani journalists have remained vulnerable throughout the pandemic and now they are under increased risk of online attacks and being subjected to cybercrime cases for their online expression. Ms. Farieha Aziz shared her opinion that the social media rules threaten the online freedom of expression. She said the rules should be withdrawn formally in order to have a meaningful conversation about the legal and constitutional status of the cybercrime law’s content blocking provision. Ms. Sadaf Khan said disinformation affects the public’s ability to access credible information and make informed decisions, so it is important to raise awareness among the masses about how to evaluate information critically. The research study was prepared as part of the EU-supported Civil society for Independent Media and Expression (CIME) initiative undertaken by the Centre for Peace and Development Initiatives and partner organisations Media Matters for Democracy and the Pakistan Press Foundation.