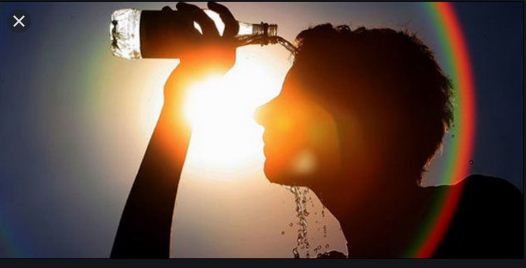 KARACHI, MAR 30 (DNA) – The Met Office has forecast the first Heat Wave of the season likely during this week. Pakistan Meteorological Department has informed that mainly hot and dry weather is expected during the ongoing week due to which heat wave conditions are likely in most plain areas of the country.

Hot to very hot weather is likely to persist in Karachi during 30th March (today) to 03rd April, with maximum temperature to range between 38 Celsius to 40 degree Celsius, according to the report.

Sindh, Southern Punjab, Eastern and Southern Balochistan will remain in the grip of very hot and dry weather from Tuesday to to Saturday. Temperatures are also likely to rise in most sub mountainous areas of the country.

Dust raising winds are expected in Sindh and Balochistan during the hot spell. The daytime temperatures are expected to remain above normal by 04 to 06°Celsius in most plain areas of the country.

Met office in an earlier weather report said that due to change of winds direction from southwest to north or northwest, hot to very hot and dry weather will prevail in Karachi during next four to five days with the maximum temperature likely to reach 40 ºCelsius.

PMD had also predicted suspension of the sea breeze in daytime, which will add to further soaring of the temperature in the port city. The change comes because of dry and hot northwestern winds blowing towards Karachi, according to the weather report. = DNA