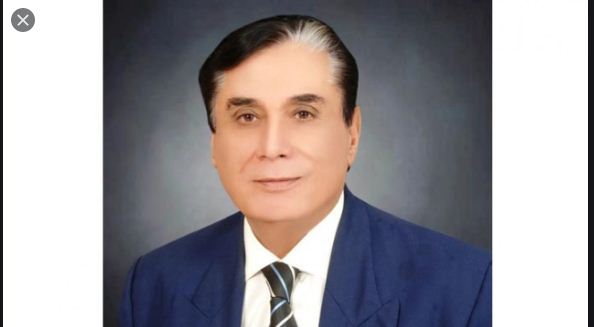 Speaking on the occasion, chairman NAB said that NAB is absolutely determined to logical conclusion of money laundering, mega corruption and whitecollar crimes cases in a very transparent way and on merit as per law so that the corrupt elements could be brought to justice where law will take its own course of action in accordance with the law.

The meeting was attended by Hussain Asghar, Deputy Chairman NAB; SyedAsghar Haider, Prosecutor General Accountability; Zahir Shah, DGOperations while all DGs of regional bureaus attended the meeting viavideo link. The meeting reviewed the overall performance of NAB andespecially the references being heard in learned accountability courts. TheMeeting decided that the DGs of all regional bureaus, operations andprosecutors Divisions would vigorously pursue the under trial references after collectingconcrete evidence and in light of statements of witness following all SOPs of COVID-19. The forumdecided to further activate the forensic laboratory of NAB and trainthe investigation officers, prosecutors under the supervision ofexperts.

Chairman NAB directed Combined Investigation teams (CITs) to logicallyconclude investigations and inquiries by taking benefits of the seniorsupervisory officers.A total of 1,230 corruptionreferences were still in different learned accountability courts.Theperformance of investigation officers, prosecutors should be further improved. He said that NAB is an anti corruptioninstitution which is making sincere anti corruption efforts.

Theperformance of NAB has been lauded by reputed national and internationalinstitutions. The increase in registration of complaints reflectspeoples confidence over the bureau. He directed NAB officers toutilize their energies to conclude the investigations as per law.

He said the faith of NAB is to achieve the target of corruption freePakistan. He directed the officers to strictly pursue zero tolerancepolicy sans caring about any pressure and threats as NAB officers are considering eradication of corruption as their national duty.