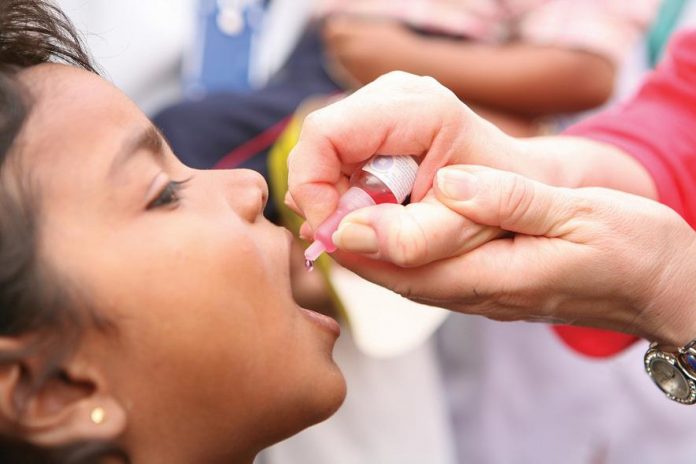 PESHAWAR, Mar 29 : A five-day anti-polio campaign was started here on Monday to vaccinate around 6.4 million children aged up to five years across the province.

According to the health department over 29000 teams have been constituted to achieve this set target and special emphasis would be laid on areas showing refusal cases besides ensuring strict implementation of Standard Operating Procedures against coronavirus.

The total 29000 teams including 25980 mobile, 1909 fixed, 1052 transit teams while 146 would be roaming teams for effective monitoring of the campaign. As many as 7133 area in-charges have been deputed. Foolproof security measures have been adopted to provide security cover to the anti-polio workers.

Concentrated efforts were needed to eliminate the polio from the society and everyone have to put his share in these endeavors, said an official of health department. With cogent efforts, he said, Khyber Pakhtunkhwa would be a polio-free province. Foolproof security measures have been adopted to provide security cover to the anti-polio workers, he informed.

Chief Secretary KPK, Dr Kazim Niaz said tangible steps were underway to wipe out polio virus in the province and the district administrations have been directed to utilize all available resources in this regard. He also urged upon the general public to vaccinate their children against polio to save them from the crippling disease and ensure a healthy society.