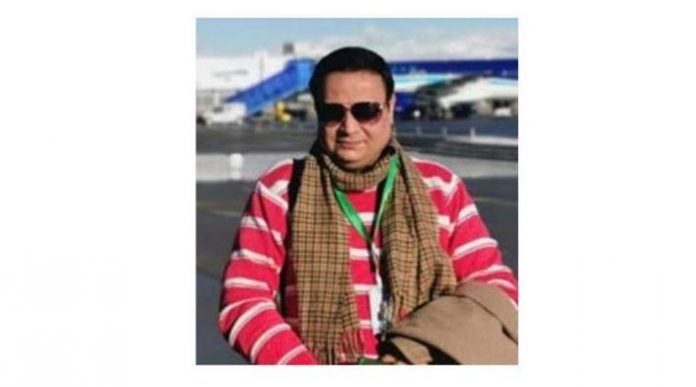 Ours is the age of commercial diplomacy and Indonesia is the pioneer of it in Southeast Asia region. Economic liberalization, privatization, development of private sector, foreign direct investment (FDIs), joint venture and digitalization are playing important role in the socio-economic progress of Indonesia which is the champion of structural reforms in the region and actually outperformed all the regional economies in achieving and sustaining high ratios of GDPs and GNPs.

According to various published reports of the World Bank, IMF, Asian Development Bank, Indonesia is the future economic giant in the region. It is the largest economy in Southeast Asia and the world’s seventh by purchasing power parity.

Somehow, ongoing COVID-19 has damaged its macro-economy which is now showing resilience and robust recovery. According to IMF published report (2021) GDP of Indonesia may reach to above 5.1 percent during 2021.

As any other advanced economy the key drivers of its national economy are private domestic consumption stimulated by its huge market with a growing middle class of nearly 70 million people (55 percent of GDP).

According to the IMF’s report (October 2020) growth is expected to return in full force to 5.1 to 6.1 percent in 2021 before stabilising at 5.3 percent in 2022, subject to the post-pandemic global economy recovery. Moreover, in its most recent (January 2021) update of the World Economic Outlook, the IMF has revised its GDP growth projections for Indonesia to 4.8% in 2021 and 6% in 2022.

Despite the regional recession and global pandemic the first in 20 years, Indonesia avoided an even larger downturn in 2020 because of a credible economic policy response.

The latest OECD Economic Survey (2021) acknowledged Indonesian government timely economic policies and financial assistance that averted recession, economic meltdown and poverty in its society. It introduced numerous structural reforms which actually improved market functioning and saved its economy and civility alike even in a severe crisis.

Its GDP decreased by 2.1 percent in 2020 and the OECD Survey forecasted growth of 4.9 percent for 2021 and 5.4 percent in 2022. The recovery is sustained by pent-up demand for consumer goods and capital goods and will gain momentum as containment measures are phased out and vaccination progresses to the entire archipelago of 17 000 islands.

Traditionally, most Indonesians work in the informal sector and their limited savings were used to guarantee basic necessities during lockdowns. The emerging middle class that was celebrated in the 2010s found itself much more vulnerable than expected which has to be supported for achieving the desired goals of socio-economic prosperity in the country.

According to the IMF, the budget deficit increased from 2.2 percent of GDP in 2019 to 5.3 percent in 2020.The estimations is for a stabilisation of the deficit at 5 percent, before a reduction to 3.7 percent in 2022.

Three social programs (RPJMN, PNPM Urban and PAMSIMAS) have been initiated to ensure that the poorest strata of the population have access to healthcare and education. Other structural issues that remain to be tackled include a large public infrastructure gap, high labour informality and youth unemployment, and low educational attainment.

Environmental protection also remains a major challenge. The government hopes to take advantage of the country’s strategic location between Asia and the Pacific in the current unfavourable international context (weakening demand from China and falling commodity prices), and aims to be in the top six largest economies by 2030.

In 2021, the Indonesian’s most immediate challenge is related to the economic, social and public health impacts of the COVID-19 pandemic. Indonesia has achieved enormous gains in poverty reduction, cutting the poverty rate by more than half since 1999, to approximately 9.8 percent of the population in 2020.

Indonesia is a developed market economy with abundant natural resources having a young, large and burgeoning population (274.8 million), a labor force of 136.7 million people in 2020, and political stability.

According to World Bank, (2020) its agricultural sector contributes to 12.7 percent of the country’s GDP and employed 27.7 percent of the active population in 2020. Indonesia is the second-largest natural rubber producer in the world. Other major crops include rice, sugarcane, coffee, tea, tobacco, palm oil, coconuts and spices.

Besides, the country is the world’s biggest nickel ore producer and has become a major exporter of stainless steel. Indonesian land area used for agriculture has been growing, and is currently around 30 percent. Indonesia is the only Asian country to have been a member of the OPEC, although its membership is frozen since December 2017 because it would not agree to production cuts mandated by OPEC.

Industry contributes approximately to 38.9 percent of GDP and employed 22.7 percent of the labour force in 2020. The industrial sector includes manufacturing of textiles, cement, chemical fertilisers, electronic products, rubber tyres, clothing and shoes (most of these are for the American market). Wood processing is also a major activity as the country is one of the world’s largest timber producers.

The service sector (financial institutions, transportation and communications) contributes to 44.2 percent of the GDP and employed 49.6 percent of the active population in 2020.

The banking sector is well developed and the Islamic bank Syaria has expanded rapidly in recent years. Tourism is a major source of revenue, although the sector has suffered from terrorist threats and natural catastrophes in the past few years. From January to October 2019, the country received 13.6 million visitors, an increase of 4.6% compared to the same period of 2018 (Ministry of Tourism data). The government was expecting the country to become a leading Asian and World tourism destination by 2045 with 73 million tourists.

President Joko Widodo announced Indonesian “Vision 2045” with the promise to make Indonesia a $7 trillion economy by 2045, seven times its current value. It forecasted an annual GDP per capita of $320 million rupiah ($22,807) in 2045.

It is based on four pillars mainly human development and the mastery of science and technology, sustainable economic development, equitable development, strengthening national resilience and governance.

President Jokowi termed development of human resources would be a top priority. The effort was made to respond to demographic bonuses that create their own opportunities. The President Jokowi wanted to create a generation of hard workers who are dynamic, mastering science and technology.

He upheld the importance of infrastructural development which would continue to support community activities, including economic development and ease of accessibility. To achieve simplification of all forms of regulatory constraints president Jokowi invited the House of Representatives to issue major laws concerning the Employment Copyright Act and the UMKM (Usaha Mikro Kecil Menengah or Micro, Small and Medium Enterprises) Empowerment Act, which would aim at unlocking local potential and contribute to nation building.

He planned to introduce simplification of the bureaucracy and was also determined to cut significant amounts of bureaucratic red tape and simplify echelons, claiming there would be only two echelon levels; the functional level that respects competence and expertise.

The president introduced a comprehensive economic transformation drive by intending to focus efforts to transform from dependency on natural resources to the competitiveness of modern manufacturing and services that have high added value for the prosperity of the people.

Diplomatic relations between Pakistan and Indonesia are strong and people of both nations support and help each other over the period in different ways and situations. Indonesia and Pakistan are strengthening mutual relations in order to potentially deal in different sectors of the economy and the bilateral trade is also growing on annual basis.

Pakistan and Indonesia stand proudly together as two of the largest Muslim populated countries and emerging economies of creative and talented people. In recent years, Indonesia-Pakistan bilateral relations have seen significant development as the two countries continuously endeavor to expand their all-round cooperation including in the areas of trade & economy and educational cooperation.

It is advisable that the concerted communication and consultations with various stakeholders between the two brotherly countries will certainly build greater confidence and improve the environment for both countries to uplift business, economic and other aspects of bilateral ties.

Being prominent regional geopolitical expert I suggest that Indonesia is an ideal country for investments because of Indonesia’s favorable endowments of natural resources and geographically strategic location with its large number of human resources. Indonesia is a diverse archipelago nation of more than 300 ethnic groups and continues to be the largest economy in Southeast Asia.

Indonesia ranks as the fourth most populous country in the world, the world’s 7th largest economy in terms of purchasing power parity, and is a member of the G20 group of nations. Indonesia was the second fastest growing economy in G-20 from 2012 up to the COVID-19 outbreak in 2020. Since the pandemic, it has ranked third after China and South Korea in terms of economic growth among G-20 economies according to Bloomberg data collected in September 2020 .