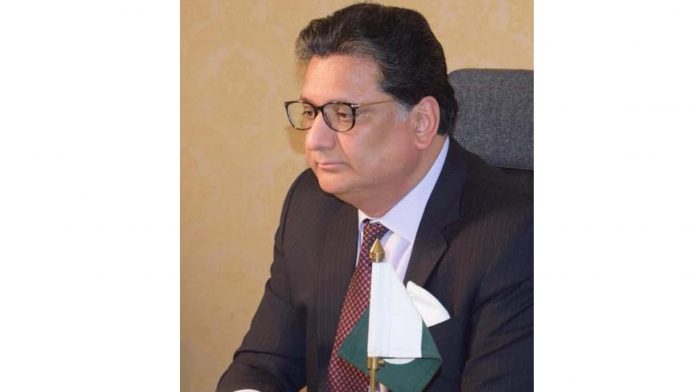 Ambassador Zaheer Janjua says full investigation report shows that the Indian networks controlled more than ten NGOs that were accredited to the United Nations but were inactive. That way they could go about their business undisturbed

BRUSSELS (DNA) -The Brussels NGO EU Disinfo Lab dropped a small bomb in international diplomatic circles at the end of December last year: their research showed that India spread false news about Pakistan for 15 years. What does that mean for the fragile relationship between India and sworn nemesis Pakistan? Zaheer Aslam Janjua, Pakistani ambassador for the EU, Belgium and Luxembourg, explains the Pakistani position.

The channels and media networks were active in Brussels and Geneva, from where they broadcast “news” to the world. The aim was mainly to portray Pakistan in a negative light. The full investigation report shows that the Indian networks controlled more than ten NGOs that were accredited to the United Nations but were inactive. That way they could go about their business undisturbed.

In addition, the Indian networks also registered more than 550 domain names for websites and employed fake journalists. “The activities of this network are part of India’s fruitless attempt to cast Pakistan in a bad light,” said Zaheer Aslam Janjua, Pakistani Ambassador to the EU, Belgium and Luxembourg. “It wanted to destabilize Pakistan and fuel Indian state-sponsored and sub-nationalist tendencies. We have provided extensive and irrefutable evidence in the past of India’s support for terrorist groups in Afghanistan and anti-Pakistani sub-nationalist groups around the world. ”

Already in 2019, the researchers at EU Disinfo Lab came across several online disinformation campaigns and a network of 265 fake media outlets in 65 countries, spreading negative content about Pakistan. The campaign turned out to be EP Today, a fake Brussels news magazine targeting MEPs and external politicians with interests in India.

MPs were also regularly asked to publish opinion pieces to discredit Pakistan. The mission of the operation was to discredit countries in conflict with India – mainly Pakistan, but also to a small extent China – and subsequently strengthen the Modi government. According to Janjua, the intention was to operate worldwide: “India has spread fake news to smear Pakistan’s image and mislead the world. But the report has exposed India’s activities and confirmed Pakistan’s position of a systematic and organized campaign against Pakistan. This report is therefore very important. It will take a lot of time and resources before we can undo the consequences of the fifteen-year hate campaign. ”

One step for India, two for Pakistan

“We believe that access to free and truthful information is the fundamental right of every human being,” says Janjua. “We share the concerns of the EU and its Member States about the misuse of the online space by government and non-state actors. Anyone involved in manipulating information and spreading fake news should be held accountable. We have approached the EU and the Belgian authorities to urge them to become acquainted with the reports from EU Disninfo Lab. And we have asked them to take action against the actors involved in the abuse of their institutions and territories, who have violated the code of conduct. ”

Janjua clarifies that Pakistan wants friendly relations with all its neighbors, including India, and has always been ready to work towards a solution to all pending issues, including those surrounding Jammu and Kashmir. “Pakistani Prime Minister Imran Khan also said during his inauguration that” If India takes one step, Pakistan would take two steps to peace. “

But according to Janjua India did not listen to that. “Rather than responding positively to Pakistan’s peace proposals, India has unilaterally and illegally perpetuated the special constitutional status of illegally occupied Jammu and Kashmir. India also continued to plan, finance and perpetuate terrorism in our territory. Pakistan believes in a peaceful settlement of disputes with India. However, they have shown no willingness to enter into a dialogue about the open disputes with Pakistan. ”

According to Janjua, Pakistan believes that peace is a sine qua non for the region’s economic growth and development, including poverty reduction. By spreading misinformation and falsehoods, India continues to disrupt the atmosphere threatening regional peace and security. “India must realize that it cannot cast a shadow on Pakistan’s international standing, nor divert the attention of the international community from the human rights situation in India. Indian tricks to spread misinformation are doomed to failure, ”says Janjua. “There are already so many obstacles that make a renewed rapprochement between Pakistan and India difficult. Such actions would hamper the prospects for peace even more. ”

And what about Kashmir?

According to Janjua, Indian publications have further emphasized the despair felt by the Indian government. “It was not only an attempt to slander Pakistan, it was also a failed attempt to cast a negative light on the legitimate movement of the people of Kashmir for the right to self-determination.”

“There is great frustration about this among the Indian government. After all, it fails to understand, let alone recognize, the struggle for self-determination of the Kashmiri people, ”says Janjua.

That right is enshrined in international law and United Nations Security Council resolutions. “The clash between Jammu and Kashmir can only be resolved by implementing UN Security Council resolutions. The international community must strive for a peaceful settlement of the Jammu and Kashmir dispute, taking into account the wishes of the people of Kashmir, who want lasting peace and stability in the region. ”