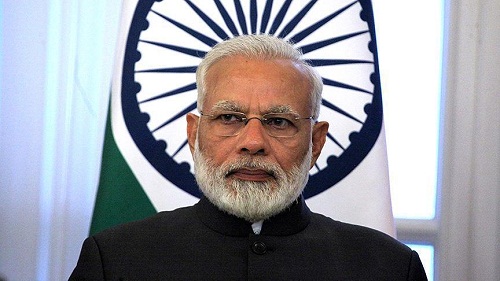 Talking to media here today in the wake of Indian Prime Minister thawing  statement on the occasion of Pakistan Day calling on Pakistan to build an environment of trust for better ties he said that it will help ease tensions between two nuclear armed neighbors. He said it’s good omen for the people of the region that Indian Premier’s also sent good wishes to Prime Minister Imran Khan after he was tested positive for novel coronavirus.

He said that Modi further wished Pakistan well in combating with deadly covid pandemic which showed that things will start gradually sailing smoothly at slow pace heading towards restoration of trust between both countries.

Iftikhar Ali Malik said that Prime Minister Imran Khan and Chief of Army Staff Gen Qamar Javed Bajwa in their recent  public statements also made conciliatory gestures towards India.Ceasefire on the line of control also depicted elements of goodwill gestures which was also even lauded by peace loving countries worldwide.He said now both countries must realise the ground realities that neighbours can be changed.

He further said Pakistan believed in regional development through the platform of SAARC as it was the way forward for peace and economic prosperity in the region.The region had abundant human and natural resources, with one-fifth of the humanity and untapped plenty of indigenous and natural resources for regional uplift , he added.

Iftikhar Malik also appreciated Prime Minister Imran Khan’s sincere efforts to extend friendly hands towards India for sustainable and durable peace in the region. He said our premier made it clear that Pakistan wanted good and friendly relationship with all its neighboring countries and if India took one step towards restoration of peace in the region, Pakistan would take two steps in this direction.