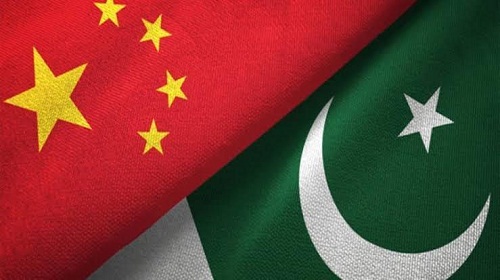 BEIJING, March 24 : Chinese experts in an online seminar elaborated how Xinjiang Uygur Autonomous Region excel in cotton production in the world and how Pakistani cotton farmers could benefit from their experience.

According to China Economic Net (CEN), Dong Hezhong, principal researcher at Shandong Academy of Agricultural Sciences, said that seed research to pick the right seed for right atmosphere, cotton-peanut intercropping and plant architecture to allow for mechanical harvest enabled Xinjiang to enhance its share in China’s cotton production from less than 4% in 1949 to 76% as of today.

The seminar was aimed at bolstering China-Pakistan cooperation in seed industry.

The experts discussed how Pakistan could learn from China to increase production of rice, maize, soybean and cotton, especially by adopting the Chinese techniques of intercropping and double cropping.

It also reduced labour cost by 30% while enhanced the yield by the same percentage.

Chairman of Four Brothers Group Pakistan Javed Saleem Qureshi said that his firm had developed two types of cotton seeds, but both could not resist diseases and insect attacks.

He requested Chinese researchers to land Pakistan and help the farmers against whitefly and other pests responsible for falling cotton yields in Pakistan.

He said that his firm was already collaborating with the National State Cotton Key Lab, Beijing and was looking forward for joint ventures with other Chinese organizations as well.

He also sought help from Chinese molecular biology experts to introduce such seeds that adapt to climate. “Presently, climate change has also become a big challenge for us which we don’t know how to tackle,” he said.

Dr. Erfa Iqbal, CEO Punjab Board of Investment and Trade, said that she wanted tangible projects with Chinese organizations in agriculture sector under the framework of CPEC.

“The Punjab government has provided two agro-based industrial zones in Vehari and Bhalwal that offer several incentives to Chinese firms including tax waivers,” she said.

She also said that her team will reach out to several provinces of China to learn from their experiences. Pakistani participants of the seminar hailed the organizers and said that such webinar will enhance coordination among relevant organizations from both countries