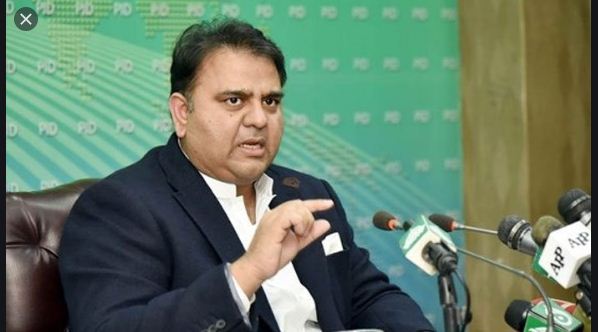 Talking to media persons after signing ceremony of a Memorandum of Understanding between Pakistan Engineering Council (PEC) and Chinese Shenzhen University, he said “I once again invite the two parties, Pakistan Peoples Party and Pakistan Muslim League-Nawaz, to sit with the government on electoral reforms, so no one can cast doubt on the fairness of the elections in future.”

He said the government wanted to move seriously for the electoral reforms in the best interest of the county.

Fawad Chaudhry said the opposition should avoid undermining the parliament. He was of the view that if the political parties had not taken the offer of the government seriously it would be harmful to the country. “Our interests are linked with the interest of the country,” he added.

He termed the politics of PML-N ‘immature’ that wanted to derail the parliament. “If parliament and democracy are derailed, it will be a failure of the people of the country,” he added.

The minister said how these parties would do politics when the parliament was undermined in the country. He said that two national parties had become the provincial level entities as the PML-N was limited to Punjab while PPP to Sindh only due to their poor political practices.

On Pakistan Democratic Movement (PDM), Fawad Chaudhry said he had earlier predicted that this was an unnatural alliance and its affairs would not run for a longer period.

He said that it was a good sign that Maryam Nawaz had chosen legal way and applied for the bail, while her party had otherwise history.

The minister recalled that leadership of the PML-N had attacked the judges of the Supreme Court in the past. About COVID-19, Fawad Chaudhry said the government had already announced free vaccinations for all the citizens of the country.

He said millions of people could be vaccinated systematically. He said private imports were allowed so that those who do not want to be lined up, pay and get vaccinated.

About the Memorandum of Understanding signed between Pakistan Engineering Council (PEC) and Chinese Shenzhen University, he said, the government would attain an advantage in the field of technology by the experience of China.

Under the MoU, he said, the Chinese would establish laboratories in Pakistan and PEC will closely coordinate for the transformation of technology. He expressed the hope that recommendations of the ministry would be incorporated in the upcoming budget for the promotion of electronic vehicles in the country.