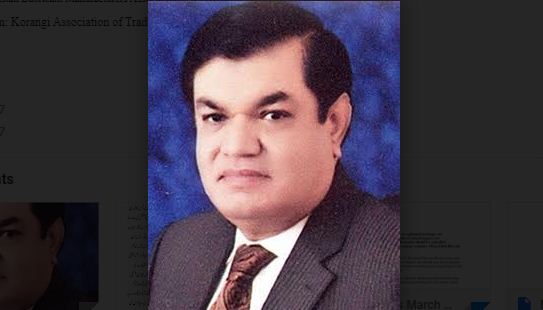 KARACHI, MAR 22 – Chairman of National Business Group of FPCCI, President Pakistan Businessmen and Intellectuals Forum and All Karachi Industrial Alliance, and former provincial minister Mian Zahid Hussain on Monday said prices of almost everything are rising despite a fall in the value of US dollar and a stronger rupee.

The cost of doing business of importers of raw material, finished goods and food items have reduced substantially but the benefit is not being transferred to the masses which should be noticed, he said.

Mian Zahid Hussain said that the new wave of inflation before the holy month of Ramadan should be controlled to provide some relief to masses facing eroded buying power due to unprecedented inflation.

Talking to the business community, the veteran business leader said that the government should reject the application of gas companies for a gas tariff hike up to 220 percent as this mini-budget will destroy the economy.

He said that dollar has lost around 10 percent of its value against the rupee since August 2020 which has added to the profit of importers but the consumers were deprived of the benefit.

The strengthened rupee has reduced the import cost of cement, steel, iron, building material, food items, sugar, flour and many other things which must be probed, he said, adding that cooking oil and ghee was available for Rs250 per kg in August 2020 which is now being sold at Rs300 per kg.

Similarly the price of wheat flour, milk, sugar, poultry products and spices have increased while the price of chilli powder has increased by Rs500 per kg.

Over a billion dollars have been spent on the import of wheat flour and sugar but prices have not stabilised which is a question mark on the working of federal and provincial governments, he said.