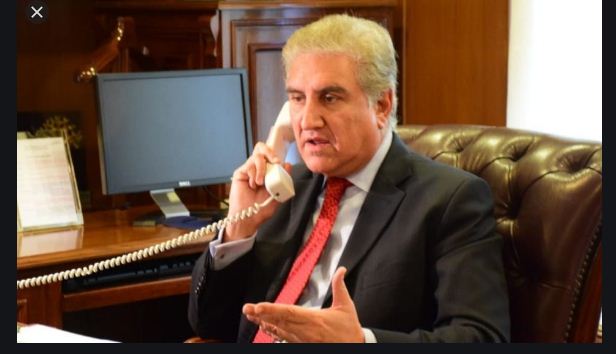 During the telephone call, views were exchanged on matters of mutual interest, including Pakistan-Afghanistan bilateral relations and latest status of Afghan peace process.

Reiterating Pakistan’s consistent support to the Afghan peace process, the Foreign Minister underlined that the Intra-Afghan Negotiations provided historic opportunity to achieve an inclusive, broad-based and comprehensive political settlement in Afghanistan. The Foreign Minister urged Afghan parties to work constructively for the shared objective of a stable and peaceful Afghanistan. He underscored the need to remain cognizant of the challenges and impediments on the way, which could be overcome through patience, perseverance and persistence.

Foreign Minister Qureshi reaffirmed Pakistan’s resolve to facilitate all efforts for a negotiated political settlement and in this context also underlined the importance of exercising vigilance against the role of “spoilers.”

In the bilateral context, the Foreign Minister reiterated Pakistan’s commitment to forge closer cooperation with Afghanistan in all fields. He underlined the importance of APAPPS as a vital platform to carry forward the bilateral cooperation on key tracks. The Foreign Minister also emphasized the need for early conclusion of talks relating to the APTTA (Afghanistan-Pakistan Transit Trade Agreement).