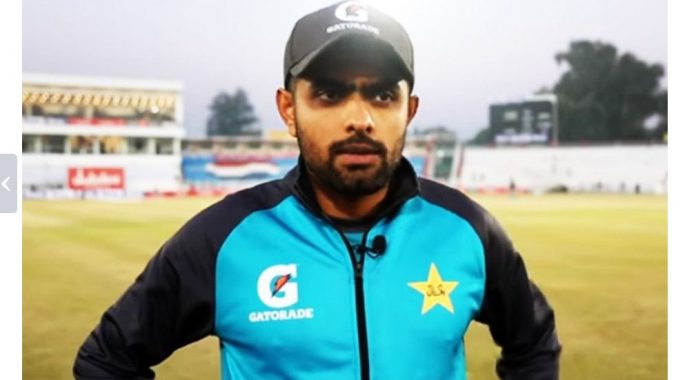 KARACHI: Pakistan cricket captain of all three formats Babar Azam is not happy with the recently announced squads for the tours of South Africa and Zimbabwe and has reportedly expressed his displeasure at the omission of some players that he wanted for the two international assignments.

Reliable sources confirmed that Babar was taken by surprise when Chief Selector Muhammad Wasim announced the squads for the African Safari as the two officials had been in discussion over the past few days about the possible composition of the teams.

The squads named showed too many changes for Babar’s liking and the prolific player reportedly expressed his displeasure and disappointment in his close circles, the sources said.

It is also learnt that Babar contacted the chief selector and conveyed his reservations to him. The sources further said that Babar may also speak to the Pakistan Cricket Board (PCB) bigwigs on this issue in the next few days. “Babar Azam feels there are way too many changes in the T20 Squad and also feels that few players didn’t get enough chances to prove themselves against South Africa at home and therefore it is unfair to drop them altogether.

“He is not happy with the axing of Kamran Ghulam who scored most runs in the current domestic season. Babar is also of the view that the inclusion of Shahnawaz Dhani is quite premature as he has just played one domestic season so far and at best merit the T20 squad but certainly not the Test side. He was of the opinion that the Pakistan cap shouldn’t be awarded so easily.

Source also revealed that Babar felt seven changes in the T20 squad were a lot and also players selected on the performance of Pakistan Super League need more time to prove themselves to become part of the national team.

“Babar reportedly was keen on the selection of talented players such as Ammad Butt, Aamer Yameen and Iftikhar Ahmad but all of them were ignored by Wasim and Co in the final selection,” said the sources.

“Besides, the exclusion of Imad Wasim has also left Babar thoroughly disappointed,” they said. “He wanted Imad in the T20 Squad but selectors replaced him with Mohamamd Nawaz in all three formats while talented spinner Zahid Mehmood was also dro­pped from the T20 Squad despite his fine performance against South Africa in home series which has irked Babar no end.”

It is also learnt that skipper Babar was in favour of Shan Masood’s selection for Zimbabwe Test series after failure of openers Imran Butt and Abid Ali in the home series against South Africa but the selectors chose to ignore him on the basis of just one bad tour of New Zealand which is unjust to say the least.