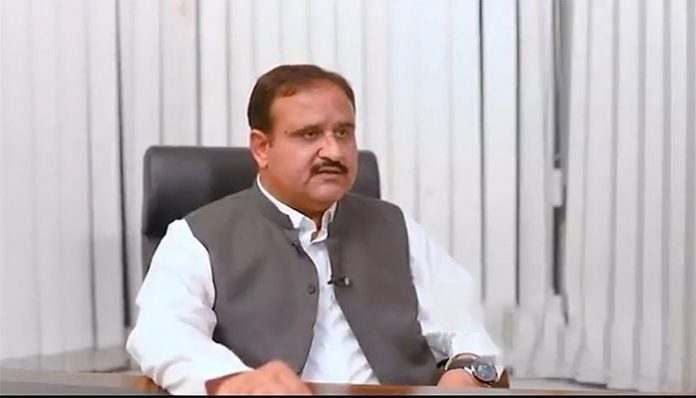 LAHORE, MARCH 15 : Punjab Chief Minister Usman Buzdar on Monday warned the public against taking the current wave of the coronavirus pandemic lightly while directing the authorities to ensure strict compliance of SOPs across the province.

In a statement, CM Buzdar described the current wave of the virus are “more dangerous” than the previous. COVID-19 cases have spiked sharply in the country’s largest province during the last two weeks.

According to government data, 1,191 cases of coronavirus were reported in Punjab in the last 24 hours, out of 2,253 cases in total reported from all over Pakistan.

The provincial government has also reimposed restrictions in order to contain the virus and enforced smart lockdowns in various cities, while educational institutes in seven cities have been shut for two weeks from today.

Buzdar said there would no compromise on the safety of people and that it is a top priority for the government to ensure that the lives of the people are secured.

The chief minister directed the police and local administration to ensure the closure of markets and bazaars according to the new timings announced by the government.

He said that the government is aware of the problems faced by traders, but asked them to prioritise people’s lives as these measures were necessary.

“Due to flagrant violation of COVID-19 SOPs, the number of cases is increasing along with the death toll,” he noted.

The national tally of total active COVID-19 cases was recorded at 22,038 on Monday, with 2,253 more people testing positive for the virus and 1,307 people recovering from the disease during the last 24 hours.

A total of 29 corona patients also lost their lives during the past 24 hours, 26 of whom were under treatment in hospitals. Three were out of hospitals in quarantine at home, according to the latest update issued by the National Command and Operations Centre (NCOC).

During the last 24 hours, most of the deaths occurred in Punjab, followed by Khyber Pakhtunkhwa.

Of the total 29 deaths, 16 of the deceased had been on ventilator support.

The maximum ventilators were occupied in four major areas, including Multan 28%, Islamabad 38%, Peshawar 23% and Lahore 34%.

Around 245 ventilators were occupied elsewhere in the country, while no COVID affected person was on ventilator in Azad Jammu and Kashmir (AJK), Gilgit Baltistan (GB) and Balochistan.

Around 571,878 people have recovered from the disease so far across Pakistan, with the recovery ratio currently at over 90%.

About 13,537 deaths were recorded in the country since the eruption of the contagion. Around 4,458 have perished in Sindh, where five deaths occurred in the hospitals during the past 24 hours.