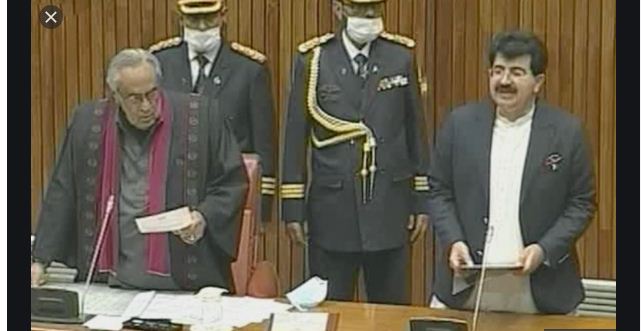 The premier said in his tweet he is happy that Balochistan and former FATA got the two slots in line with his policy of mainstreaming those parts of Pakistan that have been marginalized or left behind in the past.

It is pertinent here to mention that the members of the Upper House of the Parliament on Friday elected by a majority vote the government-backed Sadiq Sanjrani and Mirza Muhammad Afridi as chairman and deputy chairman of the Senate respectively.

Balochistan Senator Sanjrani secured 48 votes out of a total of 98 cast for the seat of chairman Senate, defeating the Pakistan Democratic Movement (PDM) – an 11-party opposition alliance – candidate Syed Yousaf Raza Gillani who received only 42 votes, while eight votes were rejected.

Likewise, ex-FATA Senator Mirza Afridi secured 54 votes out of a total of 98 cast for the seat of deputy chairman of the Senate, defeating PDM candidate Abdul Ghafoor Haideri who received only 44 votes. = DNA