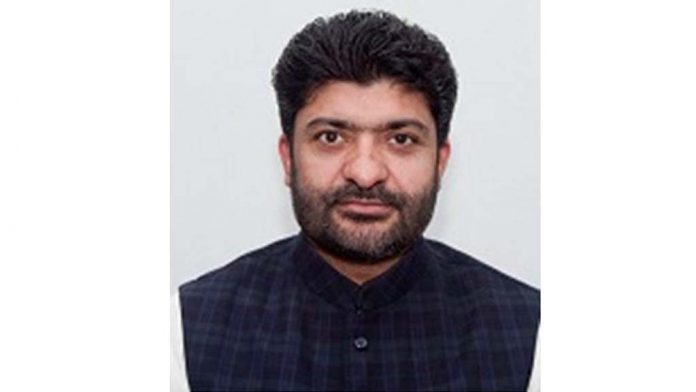 America’s Afghan policy is closely related to its policy for Asia. The cornerstone of the USA’s Asia policy is to counter China’s rise that the USA perceives as a major threat to its global hegemony in addition to strengthening strategic cooperation with India, to check and eliminate Russia’s influence in Central Asia,and dealing with Tehran’s nuclear issue. According to one source, relations with China, Russia and Iran are important and central to the USA’s new administration.

The USA always keep eye on Pakistan’s nuclear assets. Joe Biden’s Pakistan policy will be framed by its relations with China, India, and Afghanistan. In this context, USA’s Afghan policy seems directly connected to its overall policy goals for Asia in the short, mid and long-term. To achieve these goals, objectives will be revised, re-framed, and adjusted accordingly by the USA.

Joe Biden has yet to come out with a comprehensive future policy regarding Afghanistan i.e. how to handle the post-deal situation. Based on Biden’s past speeches and approach towards Afghanistan, one can say that under his leadership, the US is not going to abandon Afghanistan all out.According to AFP (Agency from Presse), Joe Biden’s administration will review the US–Taliban withdrawal deal and seems not to withdraw troops by May 1st, 2021 though also stating to end the so-called forever war.NATO in its meeting on Afghanistan has also postponed the decision on withdrawal. It is hard to predict a government’s policy and strategy,however, it can be deducted from various readings that the Biden administration may support the Doha peace deal but will postpone the troops’ withdrawal if the parties do not reach to an agreement in the negotiations. Review of the deal/withdrawal will include consultations with European Union and NATO allies.This  will have repercussions to be seen if other party i.e. Taliban are not taken on board.

Biden desires to ensure the safe and secure exit of the US and to ensure a resolution of the Afghan imbroglio through a negotiated settlement including all parties. Therefore it seems unlikely that the Biden administration will entirely reverse the commitment to the withdrawal of US forces unilaterally. It is also a fact that in the post-pandemic period the USA may not be able to provide critical financial support due to other funding priorities. However, The U.S making efforts to foreclose the Taliban military victory or to prevent such an image.It has been suggested by some U.S analysts that America and its allies must also pressurize the incumbent Kabul regime to seriously negotiate and reach a compromised settlement. So both sides will and must face some pressure to make compromises.

The Trumpadministration though created conditions for peace by signing the deal, it has been criticized because the deal’s unilateral concessions to the Taliban and Trump’s tweets of troops’withdrawal by the end of 2020, weakened Afghanistan’s government position while emboldened Taliban. This also undermined peace talks however it seems that both the parties Afghan government and Taliban in reality are inconclusive on a future political setup/roadmap.The difficulty with the US-Afghan government stance is the demand for reduction in violence/war from Taliban, removing sanctions from Taliban – to remove the names of Taliban leaders from the United Nations Security Council (UNSC) blacklist – and release remaining Taliban prisoners linked with the start of intra-Afghan negotiations as per the deal. They intend to win a war on the table which they have lost on the ground.

The Americans also realize that Taliban have been joined by 5000 released prisoners and the emboldened Taliban may topple down the Afghan government which has been propped up by the US plus NATO at a huge cost, blood, and treasure. Reconciling Afghan factions is not so simple further complicated by lack of consensus at regional and global levels.The external dynamics of Afghanistan vis-à-vis the USA are the clash of interests between the USA and regional powers. Divided and ineffective Kabul regime, ethnic fault lines andtreacherous nature of insurgency are the internal dynamics.

Any unilateral decision regardingthe agreement without the consent of Taliban may further weaken the U.S/NATO already weakened position in Afghanistan. The complexity of the matter is that if troops withdraw without reaching any consensus on a political settlement, Afghanistan will move towards a civil war-like situation. This ultimately takes a shape of either war between Pashtun and non-Pashtuns. Main concern for U.S is Al-Qaida and IS in Afghanistan. The Afghanistan Study Group has also painted a bleak picture of Afghanistan if the US remaining troops withdraw without a negotiated political settlement. The group has concluded that Afghanistan may become a breeding ground of extremists threatening American security.

Jake Sullivan, U.S national security advisor has hinted at regional diplomatic effort to enable the two parties Kabul regime and Taliban to reach political settlement and ceasefire. The three regional powers are currently playing a game of wait and see. Russia, Iran, and Central Asian Republics are tacitly extending support to the Taliban and not against the Taliban as previously were. It will be highly difficult for the USA to persuade Iran, Russia and China to play active roles in this American-led process in a way that America heralds a victorious withdrawal.

Probable Scenarios and Options for Pakistan

The second scenario in case of negotiations breakdown can be that USA stays militarily with renewed Taliban opposition and the status quo remains for an un-seeable future.In either case, instability will prevail having dire consequences for Pakistan and the region at large.So the Afghan endgame will be protracted however the peace process must be alive because the only way forward for sustainable peace in Afghanistan is through a negotiated political settlement and no military solution.Pakistan has been playing a constructive role however it must be realized that Pakistan has also limitations that must be clarified to USA and other regional and non-regional states. It will help remove doubts, if any, regarding Pakistan and its role during this particular time. For instance Pakistan’s support for inclusive political setup and it is up to the Afghans to decide the kind of future political setup and Pakistan cannot take any position on this.

Winter sports in Saudi Arabia? An unproven concept except for the surveillance aspect