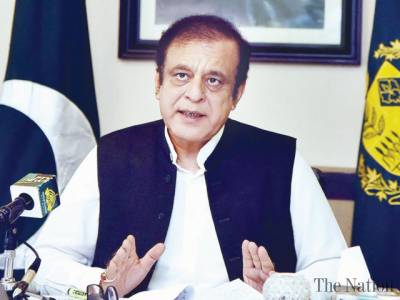 ISLAMABAD, Mar 09  : Minister for Information and Broadcasting Senator Shibli Faraz said on Tuesday the nation can no longer be hoodwinked by the political parties practicing dynastic politics.

In his tweets,  he said these parties want to impose their children on the nation to continue their business of loot and plunder.

The minister said Bilawal Bhutto Zardari and Maryam Nawaz were taking the best revenge from democracy. He said they first tried to purchase the conscience of people and then hid themselves behind democracy. He said had they been capable and eligible, they should have joined the parties as workers.

The nation has to decide whether to end this franchise of corruption or to give them a license to loot and plunder national resources, Shibli Faraz remarked.

The minister said that Nawaz Sharif would have been in Pakistan if he had believed in the dignity of the vote.

He said that Maulana Fazlur Rehman was also preparing his son to get his place.

Shibli Faraz said Prime Minister Imran Khan has become the biggest hurdle in the way of looters and plunderers of national resources and hereditary politicians.