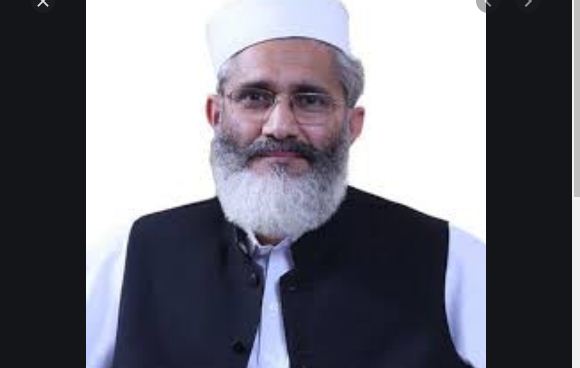 LAHORE, MAR 08 (DNA) – Jamaat-e-Islami Emir Sirajul Haq has demanded complete ban on dowry and other un-Islamic and anti-constitutional traditions in Pakistani society on occasion of International Women’s Day on Monday.

The JI women chapter organized rallies in all major cities including Lahore on women day. A large number of women from all walks of life attended the rallies with the commitment to counter the attempts of westernization of Pakistani society.

The JI chief said only Islam could guarantee the protection and rights of women. He appealed the nation not to pay attention to the conspiracies launched by a small section of the society in the name of women rights.

He said attempts to damage the ideological base of Pakistan had been started soon after the independence but they were died on their own as Pakistani society was not ready to accept them. The JI women chapter, he said, launched the “Protection of Family Institution” campaign on February 11 and it would continue till March 11.

He requested the Pakistani women to be part of the campaign to create awareness among the masses about the sacred cause.

Emir Jamaat criticized the practices of displaying dowry articles and its demand from the groom family. He said depriving women from inheritance, marriage of a woman with Quran, honor killing, wani and others corrupt practices were still intact in the society despite legislation against them.

He regretted the incidents of raps and harassments were increasing in society due to non-vigilance of police and other law and order agencies and culprits were not given exemplary punishments due to ineffective prosecution. He said only a system based on brilliant principles of Quran and Sunnah could address the problems of the country.