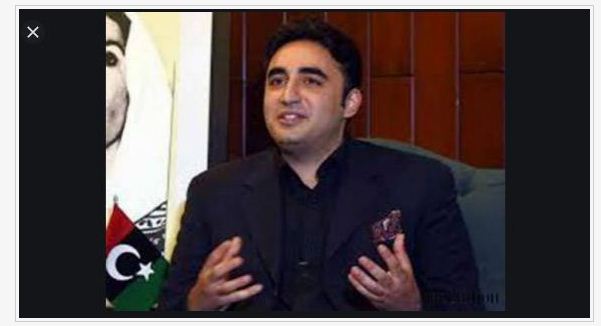 Addressing a joint press conference with Pakistan Muslim League-Nawaz (PML-N) stalwart and Leader of the Opposition in the Punjab Assembly Hamza Shehbaz at his Model Town residence in Lahore on Sunday, Bilawal said “The PDM will take a final decision on no-trust motion against the government and it will also decide about the timing of such a move.”

Bilawal maintained that it seemed 178 MNAs were not present in the National Assembly during polling on the vote of confidence in Prime Minister Imran Khan on Saturday.

“President Arif Alvi had already admitted that the prime minister had lost the support of the majority of the House,” he added.

Bilawal said that everyone wants to get rid of ‘Wasim Akram Plus’ and an ideal Chief Minister of Punjab.

“We have learned a lot from the past senate chairman election,” said Bilwal. “Had we not learned anything, we would have lost the secret ballot election in the National Assembly.”

The PPP chairman averred “We have learnt a lot from the past elections and now we will stay united and we will succeed.”  He said “We will fight this government in a democratic way. If we stay united we can take down any puppet government whose fearful leader rushed for the vote of confidence.”

He termed the vote of confidence a reflection of Imran Khan’s inner fears.  Bilawal said they will approach every senator to seek vote for the chairman. “We will also contact PML-Q in this regard. I will visit the residence of Chaudhry Brothers as the PML-Q was once an ally of the PPP government,” he added.

On his part, said during their meeting the PPP chairman congratulated him on his release from prison and he greeted Bilawal on the victory of Yousaf Raza Gilani in the Senate elections. said he had learnt a lot from the Charter of Democracy and they will make important decisions from the PDM platform. “Today poor people are not finding any medicines. Cotton and wheat production have gone down,” he added.

He said whatever happened outside the parliament on Saturday was not good for democracy.

Earlier, received the PPP leader who was accompanied by senior PPP leaders including Yousaf Raza Gilani and Qamar Zaman Qaira. During their meeting, they discussed the political situation prevailing in the country and the upcoming election of Senate chairman.  Moreover, Bilawal appreciated Hamza Shehbaz’s resilience during his stint in the prison.

According to the sources, Bilawal extended every possible support to the PML-N in Punjab, while Hamza Shehbaz said the decision of the Pakistan Democratic Movement (PDM) will be accepted about when to present a no-confidence move in Punjab. Sunday’s meeting at Model Town was not the first direct contact between Bilawal Bhutto and Hamza Shehbaz.

On Thursday last, Bilawal had telephoned Hamza Shehbaz and congratulated him on the victory of Pakistan Democratic Movement (PDM) candidate Yousuf Raza Gilani in the recently-held Senate polls.  Both the leaders agreed to pace up the joint struggle from the 11-party opposition alliance PDM’s platform during their telephonic conversation.

It may be recalled that Hama Shehbaz got bail just a few days ago before the Senate polls and also attended the dinner hosted by Bilawal for leaders of the PDM leaders a day before the Senate elections. Gilani defeated PTI candidate Abdul Hafeez Shaikh with a margin of five votes 169:164. Abdul Hafeez Shaikh shook hands and congratulated Gilani after the Senate election, however, the cabinet minister termed it “the victory of the money”.

It is noteworthy that Pakistan Democratic Movement (PDM) chief Maulana Fazlur Rehman has convened a meeting of heads of the alliance’s constituent parties on Monday to devise a post-Senate elections strategy. DNA