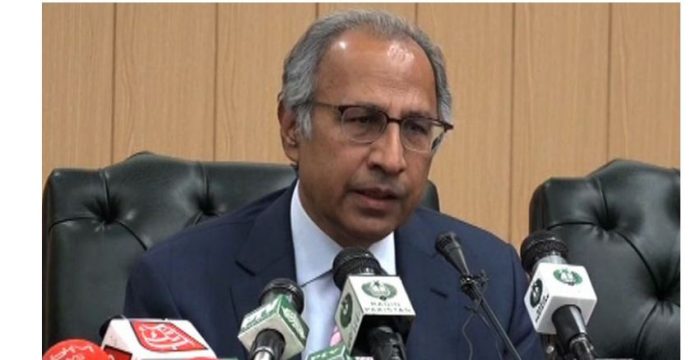 ISLAMABAD – Prime Minister Imran Khan has expressed his confidence in Hafeez Shaikh and asked him to continue working as the finance minister, PTI sources told.

Shaikh offered to resign from the post in a meeting with PM Khan in Islamabad, according to the sources.

The prime minister appreciated Shaikh for his role in improving the economy. He asked him to continue working as the finance minister.

Shaikh was sworn in as the finance minister in December 2020 despite being a non-elected member of the cabinet.

The PTI fielded him as its candidate for the Senate’s Islamabad general seat in the March 3 election. Members of the National Assembly vote to elect senators on the two seats from the capital.

Shaikh lost the election to PDM’s Yousuf Raza Gillani by five votes. It was then that opposition leaders started claiming that the government had lost its majority in the house.

This was followed by an announcement by PM Khan that he would take a vote of confidence from the assembly.

The premier won the confidence vote after 178 out of 342 lawmakers expressed their trust in him.