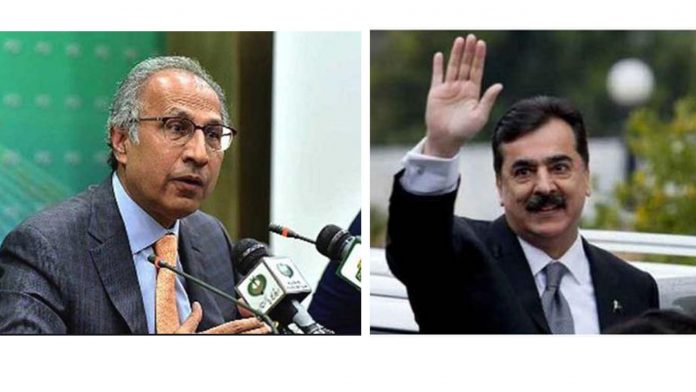 ISLAMABAD: The Pakistan Democratic Alliance (PDM) has prima facie caused a major dent to the ruling alliance as the govt candidate for Senate from Islamabad and sitting Finance Minister Abdul Hafeez Shaikh has been defeated. Former Prime Minister of Pakistan Yousaf Raza Gillani defeated Shaikh thus staging a big upset for the ruling party and its allies.

PPP candidate Yousaf Raza Gillani who was backed by PDM parties got 169 votes while Hafeez Shaikh got 164 votes. It is interesting to note here that the government alliance total seats stood at 180 in the National Assembly while the opposition parties had 160, which means Yousaf Raza Gillani got nine additional votes.

This is however uncertain, and perhaps will remain uncertain that as to who from the PTI or govt allied parties voted in favour of Yousaf Raza Gillani. Seven votes were rejected as well.

It is also interesting to note that in the same election PTI and its allies won the women seat. PTI candidate Fouzia Arshad got 174 votes while PML N candidate Farzana Kausar got 161. The PTI win on women seat is a clear manifestation that the party still enjoy majority in the national assembly, therefore those who are suggesting PTI and Imran Khan to seek fresh vote of confidence, may not succeed in their demand.

The Islamabad Senate elections also shows that PTI MPs or MPs from  the allied parties were not happy with the Hafeez Shaikh so they voted against him. There is a perception as if Hafeez Shaikh’s flawed economic polices led the MPs to vote against him, this perception does not hold ground. The real issues appears to be fighting within the party.

Another important factor happens to be the role of the Establishment. It is a widely held view that Hafeez Shaikh always enjoyed support of the Establishment and international monetary bodies that is why he has served in almost all the governments. But in this election, as claimed by the winning candidate Yousaf Raza Gillnai, the Establishment chose to be neutral.

After the result was announced, Abdul Hafeez Shaikh and the former prime minister shook hands and hugged each other. The news of Hafeez’s defeat was told to him by Zain Qureshi — who was the minister’s polling agent — following which the two men embraced each other.

Shortly after the announcement of his victory in the Senate election, Yousaf Raza Gilani held a press conference and said that he is thankful to the PPP chief Bilawal Bhutto Zardari as well as the PDM leadership, including PML-N’s Nawaz Sharif, Shahbaz Sharif, Maulana Fazlur Rehman, Akhtar Mengal,  Maryam Nawaz, and ANP leadership, among others.

“This is the victory of democracy,” he said. “The Islamabad seat was the most important seat in the Senate elections and everyone was eyeing it. [Through my win], the PDM has been victorious.”

Adding to Gilani’s point, Bilawal Bhutto-Zardari said that the PDM has won through the votes of MNAs, which is also a win for Pakistan.He went on to say that PM Imran Khan should “resign from his post,” adding that he should adopt sportsmanship and honourably accept his defeat. “The PDM will decide a future course of action after mutual consultation with all members.”