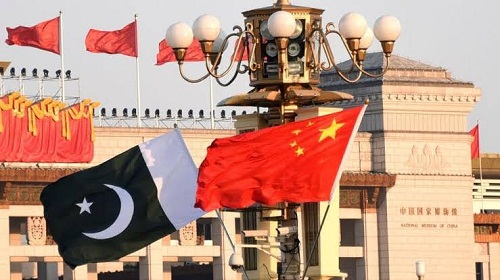 According to a report published by Gwadar Pro, China’s vote of confidence in Pakistan’s economy deepens after China stays atop as the sole highest contributor of net foreign direct investment (FDI) when compared to other countries in Pakistan.

The net FDI inflow from China remains at dollar 402.8million which is touted highest in the list of inflows from other countries.

Chinese net FDI pouring comes at a time when overall FDI from other countries dipped by 27 percent during the first seven months of the current fiscal year.

According to the State Bank of Pakistan (SBP) report, others from where over $100m net FDIs were bagged were the Netherlands and Hong Kong, as they invested $122m and $105m, respectively, during the first seven months of FY21.

A drastic change in the inflows from Norway affected the overall inflow of FDI this year. The SBP data shows that during the seven months of the previous fiscal year, the inflow from Norway was $288.5m.

While in the seven months of the current financial year a net outflow of $25.8m was noted instead of any inflow from the Scandinavian country.

Meanwhile, with Chinese investment tend, the inflow of remittances being sent by the overseas Pakistanis, national kitty becomes healthy.

Remittances during the seven months of the current fiscal year were up by 24pc as the country received $16.5bn.

Trust of Chinese investors is blossoming as out of a total of 117 foreign companies registered in SECP, the maximum belonged to China in 2020.

The report added, other investors hailed from Australia, Germany, Iran, Italy, Kazakhstan, South Korea, Lebanon, Mozambique, the Netherlands, Russia, Spain, Switzerland, Syria, Turkey, the UAE, the UK and the US.

The highest number of companies was registered in Islamabad (628), followed by Lahore (625) and Karachi (349).

SECP has registered 1,956 new companies in November 2020, indicating an increase of 41% as compared to the corresponding period of last year.

The power sector attracted the highest investment of $475.8m against $373m in the same period of last financial year; an increase of 27.6 per cent.

Within the power sector, coal power attracted the highest investment as the inflow reached $271m compared to $233m in the same period of FY20. The hydel power attracted $111m and thermal received $93.9m.

The financial business (banks) attracted slightly higher FDI compared to last fiscal as it received $181.3m against $178.9m in the same period of last fiscal year.

In the oil and gas exploration sector, the inflow declined to $136.7m compared to $186.5m last year.

The sector has been attractive for the investors but the slow growth in this sector reflects the declining interest of the investors.

The trade sector noted vital change as it attracted $118m compared to just $22.3m in the same period of last fiscal year.

The FDI in electrical machinery dropped to $70.5m compared to $133.2m in the previous year.