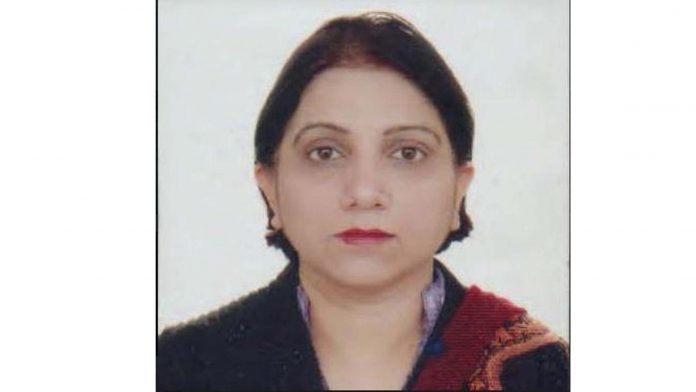 Till the recent past, very few Pakistanis were having the knowledge of the fact  that their Chinese friends strictly follow the times old practice of observing the First day of their new year with great pump and show.   It brings festivities for them.  With the beginning of February every year, the Chinese start preparations for observing their new year which occurs as per Lunisolar Calendar.

Illumination of houses and buildings; lightening of a red Lantern here and there; fireworks; having families get to gathers; parades; traditional dances and visiting each other’s families to exchange festivities of the day are the most common customs and traditions of the Chinese society as part of the festivities.

With the successful progress on implementing plans like BRI Project and continuing with worldwide trade and business activities, the Peoples Republic of China has virtually accessed the nations across the globe.   One can witness Chinese people doing businesses and availing employment opportunities not only all over the Asia continent but Europe, Africa, America and Australia as well.   It is because of this very fact that like Christmas, the Chinese Spring Festival is also observed all over the world.

The Chinese New Year is attributed to bull.  Extremely doing hard work, positive thinking, sincerity and honesty are judged the core qualities of an ox.   The Chinese initiate preparations of observing the festivities of the year by cleansing and white washing of their houses in a colourful manner.    The entire family joins hands with the elderly lady of it in doing all this.  Whether it is a small flat of an urban locality or a sprawling house in the countryside, cleansing is a common practice with the beginning of the Chinese New Year.  All the households and utensils as well as each and every nook and corner of each home are cleansed by the respective families and occupants.    In fact a loud message is conveyed that all the backlogs are cleared.

After proper cleansing of homes, each and every thing is properly decorated and ornamented therein.   The color:  Red, gets prominence in all respects.    The traditional red lanterns, red paper cuttings, Chinese knots would be seen everywhere and anywhere on the sagacious occasion.   Home and family are the core points of observing the Spring Festival.   It always is an earnest desire of each and every Chinese citizen to be with family members at the beginning of the Chinese New Year.   Backing Chinese traditional “Pakwan” is another common practice on the occasion across the Chinese society.

Making complete roasted fish, noodles, van tan, rice cakes, dumplings and roasted ducks as part of festive menu is another common requirement of the festival.  Some people also present dances of dragons and lions.  The Chinese are in fact very fond of eating.   There is an old Chinese saying: “eatables are the most important necessity of human beings”.    Having got added the body weight to at least three pounds at the end of each festival, is a compulsory part of life, concludes a modern Chinese saying.    The observance of Chinese New Year is a times old practice which dates back to 0011 to 0017 B.C.

Now let me come to the Pak China Friendship.  Both Peoples Republic of China and Pakistan are staunchly bound in this historic relationship.   Pakistanis also fully share the festivities of their Chinese friends.    Here in Pakistan, special events were arranged to celebrating the Spring Festival.  The Peshawar based China Window is emerging as an illuminating sign of Pak China Friendship.    To share the festivities of the Spring Festival, a special program was arranged at the premises of the institution.

Mr. Abid Majeed, Secretary for Sports, Culture, Tourism and Youth Affairs – a dynamic personality – has been proved the moving force in doing all this possible at the China Window.  Mr. Tashfeen Haider, Additional Secretary of the Department accompanied by his office colleagues, Mr. Saleem Jan Marwat,  Director, Youth Affairs and Mr. Ajmal Khan, Director Culture have indeed spared no effort in translating the event into truly a success story.  Mr. Abid Majeed himself formally inaugurated the event on the occasion.  Talking to the media persons on the occasion, he said, “The Pak China Friendship is a living reality which also is an admitted fact world over”.  The Peoples Republic of China, he added, bears an important role in our national history as well.    Both the friends, he remarked, enjoy the exemplary brotherhood.

It is because of this vary fact that we, in Khyber Pakhtunkhwa, have chosen the China Window to observing the Chinese New Year festivities in a colorful way.  What I conclude from the event, Mr. Abid Majeed said, a message of love and affection has gone to every Chinese world over from here today.  While mentioning the relay of a video highlighting various aspects of the spring festival as part of the colorful event, he said, it is a very objective and meaningful attempt to developing better understandings about the festival.  Hundreds of people, attending the various Spring Festival oriented activities will watch the video which contains traditional musical displays, Chinese and local foods.  Children adorned with special clothes along with their families were enjoying all such festivities.

To the utter astonishment of the participants, the Chief Secretary of the province, Dr. Kazim  Niaz had made his presence at the ceremony all of a sudden where he also cut a cake and shared his views with the participants befitting to the occasion.

A member of the provincial assembly, Mr. Wilson Wazir, Honorary Consul General of Tajikistan, Eng. Said Mahmood, provincial Secretary Sports, Culture, Tourism, Mr. Abid Majeed; Director Youth Affairs of the provincial government, Mr. Saleem Jan Marwat were also present on the occasion.   The Chief Secretary was of the view that the Pak China Friendship is a time tested reality and it is being strengthened with the every passing day.

The Peoples Republic of China has always been found rushing towards Pakistan in every hour of its need.  The exemplary state of support extended to Pakistan by Chinese friends, is one such example.   The successful implementation of China Pakistan Economic Corridor, he said, is another example of the deep rooted friendly relationships between both the countries.   All such factors, the Chief Secretary said, encourage the Pakistani people to whole heartedly share the festivities of the Spring Festival.

He also expressed pleasures over the arrangements which were made by the China Window to observing the Chinese New Year.   The role of China Window, he said, in holding such a colorful event to mark the auspicious occasion, is indeed impressive.  He expressed the hope that China Window would continue to hosting such events in future as well.  Meanwhile, the guests continue to joining the festivities at the institution amongst them were also the representative figures from cross sections of the society.

The presence of the Inspector General of Police of the province, Mr. Sanaullah Abbasi at the China Window on the eve of Chinese New Year celebrations was another encouraging development which was highly welcomed.    While talking on the occasion, the IGP said, the police force of the province has formally launched the security plan meant for CPEC and almost 10,500 new recruitments have been effected for the purpose.

Further, he said, 1200 newly recruited cops are going through hectic training and the first lot of security vehicles meant for the purpose has already received.    The projects completed under CPEC, he said, are indeed tremendously contributing in ensuring accelerated development of the country.    “We consider all the projects being implemented as off shoots of CPEC, extremely important and doing our best to ensuring their proper security”, he remarked.

He also congratulated the administration of the China Window for holding colorful ceremony and appreciated its efforts which are underway towards promotion of Chinese language.   Meanwhile, the participants enjoyed the festivities; had tasty foods and danced in tune with the music tunes.  A group of children adorned with Pakhtun kulah and lungi as well as traditional clothes of Kalash tribe attracted the audience to the utmost.   All such activities continued till late night.